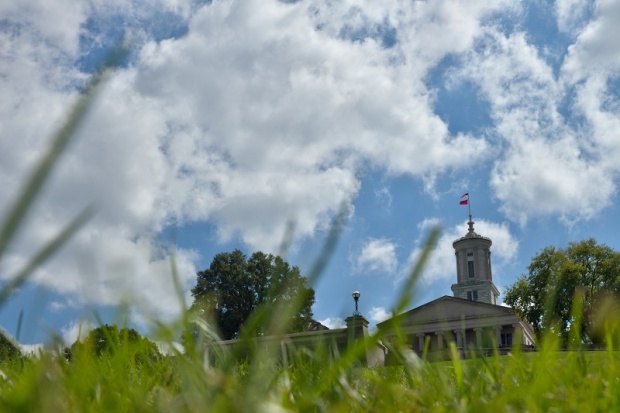 Looking Upwards: The Tennessee State Capitol is located on Charlotte Avenue between 6th and 7th Avenues in Nashville. Photo by SW

Tennessee lawmaker says he plans to slow the effort to remove a bust of a Confederate general and Ku Klux Klan leader from the halls of the Tennessee Capitol.

House Majority Leader Gerald McCormick told The Chattanooga Times Free Press that he thinks a calmer discussion is needed before a final decision is made on removing the bust of Nathan Bedford Forrest. He said there has been a wave of "hysteria" over Confederate symbols since the recent massacre of nine people at a black church in South Carolina. The white suspect, 21-year-old Dylann Storm Roof, posed in photos displaying Confederate flags. McCormick said he still favors removing the statue and intends to talk about the bust when Tennessee's State Capitol Commission meets July 17, but says the issue needs "a calm, reasonable discussion."