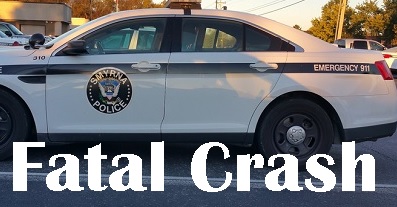 An accident in Smyrna on Sunday night around 10 left a mother dead and her two sons seriously injured.

The wreck happened on Sam Ridley Parkway where the driver reportedly veered into oncoming traffic. It is not known what caused the driver to head into the opposite lane, but the SUV crashed through a fence and eventually coming to a rest in the parking lot of StoneCrest Medical Center in Smyrna.

The wreck caused the mother and one of the two children to be thrown from the vehicle.

The mother, Ashli Nicole Parker of Murfreesboro, was killed in the crash.

One of the boys was flown to Vanderbilt Medical Center while the other was treated on site at StoneCrest.

A doctor in the parking lot actually witnessed the incident and was one of many on hand to give immediate aid.

The crash is under investigation.

From the Smyrna Police Department:

On Sunday, February 3rd at approximately 10 pm, Smyrna Police responded to the area of Sam Ridley Parkway in reference to a SUV that almost struck two vehicles and went into the ditch in front of Stonecrest Medical Center. Officers located the vehicle in the parking lot in front of the Emergency Room area. Hospital staff had already been notified and had taken the three passengers inside for treatment.

The preliminary investigation shows that none of the passengers were wearing restraint devices and both the driver and front seat passenger were ejected from the vehicle as it rolled through the parking lot. The driver was pronounced dead by hospital staff and the 15 year old front passenger was flown to Vanderbilt Medical Center in critical condition. The rear seat passenger (8 years old) was also transported to Vanderbilt Medical Center by ambulance and appeared to be stable.

The family has been notified and the driver has been identified as Ashli Nicole Parker of Murfreesboro.