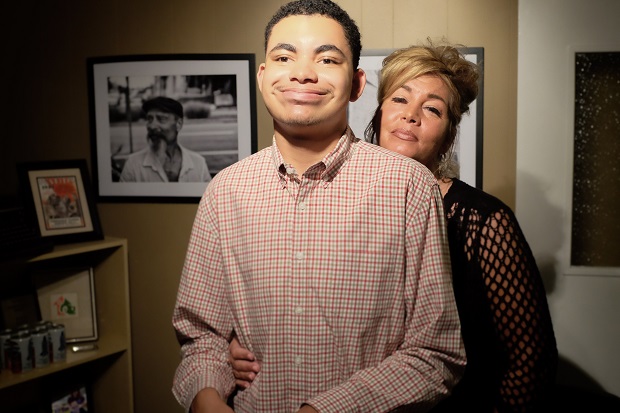 Spencer and his mother Wendy

You may recall the story that WGNS brought you a couple of weeks ago involving the mother of an autistic teenager who took her son out of school due to problems he was having in the classroom. Wendy Walton was later charged with truancy due to her keeping her son Spencer at home.

Spencer, who is 17-years old, attended Stewarts Creek High School in Smyrna. His mom Wendy knew something was not quite right...

In addition to being autistic, spencer also has Cerebral Palsy and Diabetes. In other words, the health problems that Spencer lives with require more attention than the schools had been allowing. With that in mind, Ms. Walton took her son out of Stewarts Creek and told the staff that he would not be returning until they could assure her that he would be in a safe and caring environment.

Ms. Walton said that she worked with the teacher and Vice Principal at Stewarts Creek, but nothing ever changed so she went to the school administration shortly after she was charged with Truancy. Walton said the outcome was positive.

Again, Spencer is now in a special needs class at Blackman High School in Murfreesboro. Walton told us that her son loves the new classroom and is looking forward to the next school year.

During the interview, Wendy mentioned Spencer Staffing. It is a company that she named after her son.