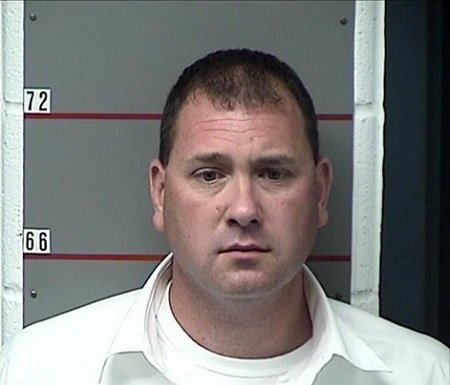 A motion has been filed by Sheriff Robert Arnold's attorney to release him from the Grayson County Detention Center in Leitchfield, Kentucky.

It claims that the sheriff's abnormal behavior was brought on by a mixture of alcohol and Ambien. It further states that the alleged witness tampering was unintentional, since it occured after Robert Arnold took Ambien. (Note: Ambien is a sedative that is often used to treat insomnia.)

Concerning the domestic allegations, the motion claims that his wife's description of the incident has changed several times, and that there is no physical evidence of domestic assault.

The newly filed motion must go before Chief District Judge Kevin H. Sharp, who serves the Middle District of Tennessee from the Federal Courthouse in Nashville.

However, it was a six-hour federal hearing on September 27, 2016, before US Magistrate Judge Alistair Newbern in that same courthouse, that resulted in the judge ruling that Sheriff Arnold did violate his bond conditions.

Judge Newbern's earlier ruling was reportedly based on statements that the sheriff's wife made to investigators (copy of federal document at bottom of this story).

In announcing the bond revocation last month, Judge Newbern said there was "sufficient evidence" that Robert Arnold intentionally harassed his wife, Megan Arnold, after an alleged assault on Labor Day evening. The judge also noted that she had concerns the sheriff might use his power to intimindate others if he went back to work.

Robert Arnold was then handcuffed and taken away for booking and incarceration in Leitchfield, Kentucky at the Grayson County Detention Center.

Arnold faces up to 95 years in a federal prison, if he is convicted:

The actual statement involving the reported events on September 5, 2016:

In a recorded conversation between Mrs. Arnold and a third party, Mrs. Arnold stated that she wanted to make a statement to the police, but she is scared of the defendant. She advised the party on the telephone that the defendant shoved her down and punched her in the arm. She added that the defendant wrapped a belt around her in an effort to not physically touch her and leave marks on her body. Mrs. Arnold indicated the defendant also hit her on the leg with the belt."

Court records also showed, "She fears for her safety and that of her children. And Arnold has warned her that she "would lose the house and everything [she has] ever had" if he goes to jail. In addition, she has expressed concern that, even if she comes forward, Arnold would not ultimately be sent to jail."