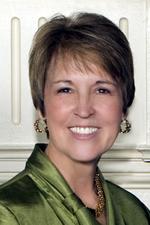 Motlow State Community College is looking for a new leader. President MaryLou Apple announced Monday her upcoming retirement, effective June 30th. The Tennessee Board of Regents search for new presidents normally requires a six month process. More information will be released closer to the date of her retirement. Apple at her retirement will finish her 9th year as President of Motlow College. She came to Motlow after serving as vice-president for academic affairs at Walters State Community College in Morristown. Apple oversees several Motlow campuses, including the Smyrna location.