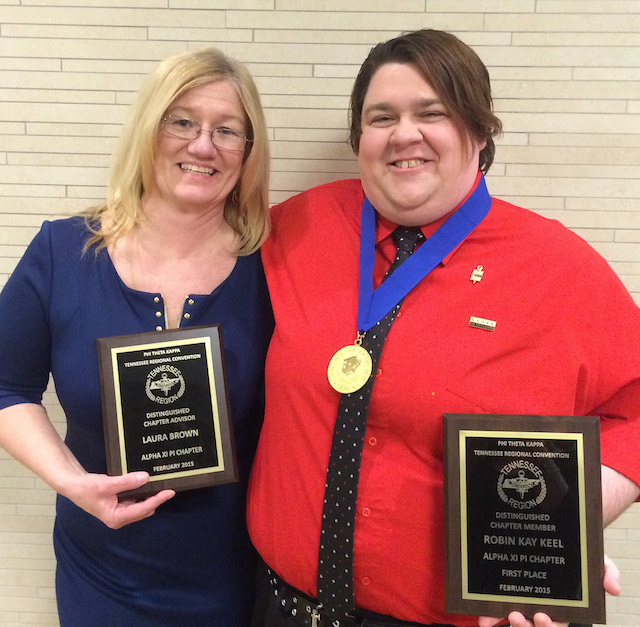 PTK is an honors society at two-year institutions across the world. The regional convention hosted 14 chapters from across Tennessee.

Alpha Xi Pi had the highest attendance of chapters present with 33 members among the over 100 convention attendees, according to Dayron Deaton-Owens, assistant professor of psychology and sociology and faculty advisor for PTK.

"First-place awards were received for the Chapter of Light Award and the Icarus Award," said Deaton-Owens. "Tears were shed by many when our very own, much-deserving Laura Brown was recognized as Distinguished Chapter Advisor out of 14 Phi Theta Kappa chapters.

"Awards were not the only advantage this trip provided," continued Deaton-Owens. "Freshmen were inspired by the scholarship, leadership, service and fellowship opportunities."

"I never thought this trip would be so fun and inspiring," said Motlow member Morgan McCormick.

"I am so glad I joined as a freshmen to spend as much time as possible in PTK," added fellow member Lori Clark.