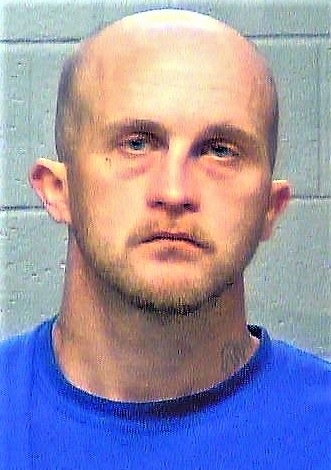 (MURFREESBORO) On Saturday (9/29/2018) evening, Murfreesboro Police arrested 32-year old Jesse Ray Laurin who was wanted for second degree murder in neighboring Shelbyville. He was on the TBI's "Top 10 Most Wanted" list.

Early Wednesday morning, September 26, 2018, at approximately 12:39AM, Shelbyville Police were dispatched to a report of a stabbing on Choctaw Drive. Responding officers attempted life-saving measures on the victim, however 25-year-old William Prater was pronounced deceased at Tennova Hospital in Shelbyville.

Police reports show that Laurin allegedly thought Prater was making too much noise and stabbed him once in the upper stomach area, just below the chest.

Again, on Saturday evening Murfreesboro Police apprehended the fugitive Jesse Ray Laurin who has been charged with second degree murder in connection with the knifing death of William Prater in Shelbyville.