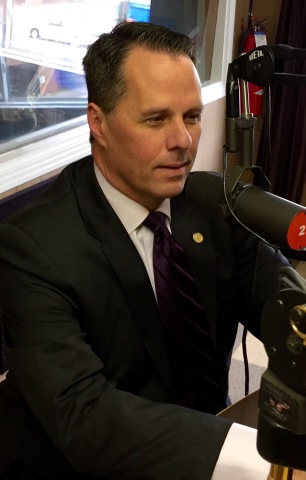 The chief of the Murfreesboro Police Department calls into question the actions that led to the pursuit and subsequent fatal crash that took the life of a 28-year old woman on South Church Street.

Chief Karl Durr sent a letter to the Murfreesboro City Council and Mayor Shane McFarland. He stated there's a "need to protect the public and police from unnecessary risks created by indiscriminate high speed chases."

Councilman Bill Shacklett tells NewsChannel 5 he believes something needed to be said...

The chase did not include Murfreesboro Police. The letter has been forward to state lawmakers. For more on the story from NewsChannel 5, we have a link at WGNSRadio.com, keyword Durr.

Jessica Campos was killed in the crash. Her seven month old daughter and a Bradyville woman were injured.

Garieon Simmons of Dechard is in the Rutherford County Adult Detention Center facing charges of vehicular homicide, two counts of aggravated assault, driving on a revoked license, resisting arrest, violation of probation, and being a habitual motor vehicle offender as a result of the police pursuit and crash.