MT Football to Host Vandy, Travel to Alabama in 2015 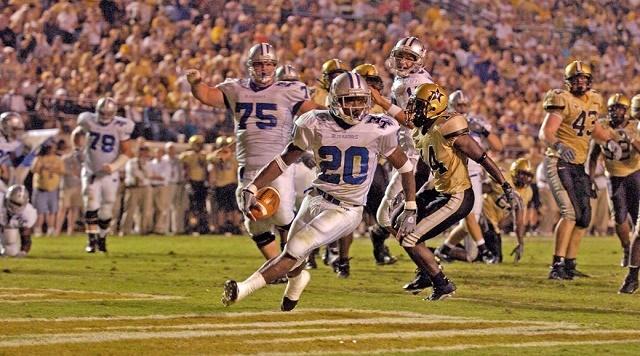 The Southeastern Conference announced its 2015 football schedules Tuesday night and Middle Tennessee will face Alabama and Vanderbilt as part of its non-conference slate. The Blue Raiders will travel to Alabama on Sept. 12 and will host the Commodores on Oct. 3.

The Blue Raiders and Crimson Tide will be meeting for the third time in school history. The two teams faced off in 2002 and 2005 with Alabama winning both games. The 2002 contest was the season opener and the Tide squeaked out a 39-34 win over the Raiders before taking the 2005 game, 26-7.

Middle Tennessee and Vanderbilt will be meeting for the first time since 2005 and the first time in Murfreesboro. The Blue Raiders own a current three-game winning streak over the Commodores but VU leads the overall series 12-3.

The rest of the 2015 schedule will not be announced until February.