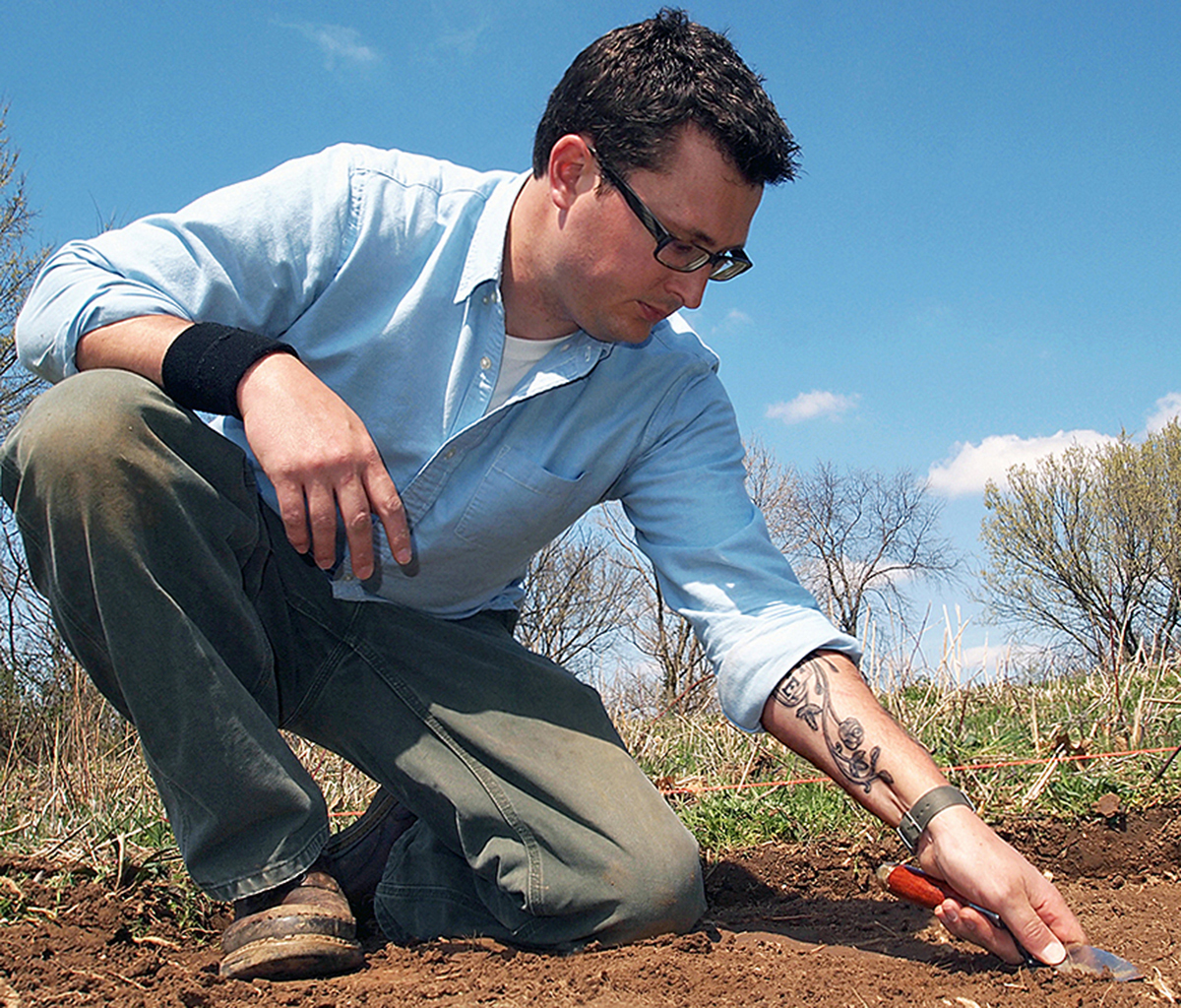 Aaron Deter-Wolf inspects an archaeology site in this photo from the Tennessee Division of Archaeology.

The free public discussion of "Tattooing in Antiquity" will begin at noon June 24 at the Heritage Center of Murfreesboro, located just off the Public Square at 225 W. College St.

An internationally recognized authority on ancient tattoos, Deter-Wolf works for the Tennessee Division of Archaeology in the state Department of Environment and Conservation and has taught courses since 2009 in MTSU's Department of Sociology and Anthropology in the College of Liberal Arts. His June 24 presentation will cover recent discoveries in tattoo archaeology, including his research into ancient Native American tools. He's currently working on "Ancient Ink: The Archaeology of Tattooing," the first book devoted to studying the practice via archaeology, and was senior editor for the 2013 book "Drawing with Great Needles: Ancient Tattoo Traditions of North America."

Deter-Wolf shared his expertise on the oldest known human tattoos in existence on a 2016 episode of PBS's "NOVA" program, "Iceman Reborn," when he explained his discovery disproving the conventional wisdom that a mummy from the Chinchorro culture found in 1983 in Chile had the oldest tattoos on record. The true record-holder is a 5,300-year-old mummy nicknamed "Ötzi the Iceman," discovered in the Ötzal Alps mountain range along the Austria-Italy border in 1991.

His current research also includes shell-bearing Archaic sites in Tennessee's Middle Cumberland River Valley and foodways archaeology in the Southeastern United States. Along with his lengthy membership in the Tennessee Council for Professional Archaeology, Deter-Wolf is a board member of the international Center for Tattoo History and Culture.

The Rutherford County Archaeological Society meets monthly at the Heritage Center and welcomes guest speakers, the community and professional archaeologists to discuss the county's past and how to document and learn from it.