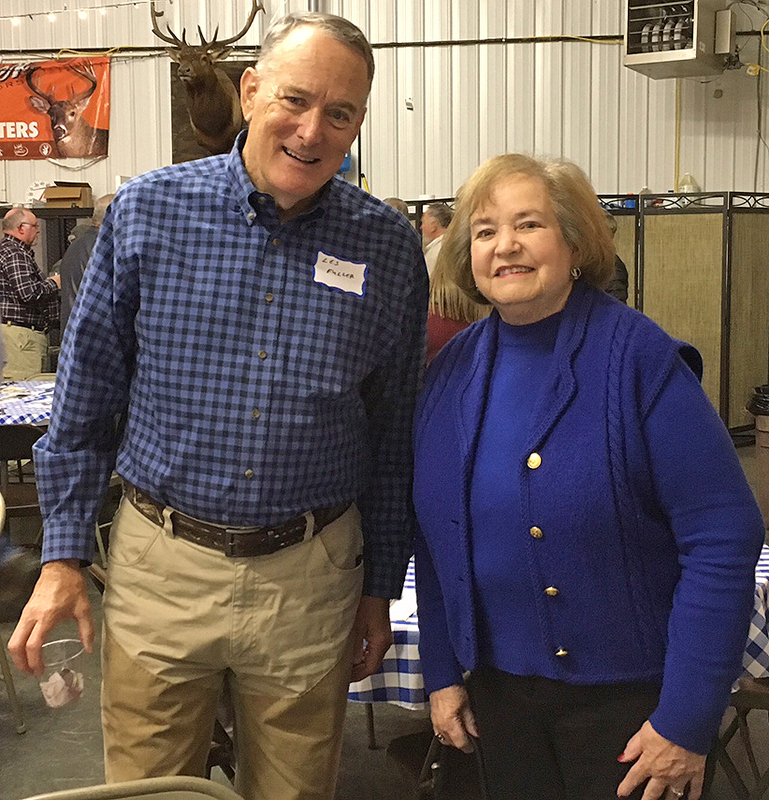 Fuller organized an alumni and friends effort, generating nearly $27,000 in funds and pledges for the Robert "Bob" Garrigus Endowed Scholarship for students in the School of Agribusiness and Agriscience.

The fundraising barbecue event was held Jan. 28 at the Craig Game Preserve at Hamilton Hall in Lincoln County.

The barbecue benefited the scholarship named for Garrigus, an MTSU faculty member from 1967-2001. Affectionately called "Doc" by his students, many of who were on the livestock-judging teams he coached, Garrigus witnessed unprecedented ag student and facility growth while at MTSU.

As of Feb. 4, they generated $26,875 from the Garrigus barbecue event efforts, bringing the endowment to more than $91,100 -- less than $9,000 away from reaching their goal of achieving a Centennial Scholarship level of $100,000, said Nicole Chitty, development officer for the College of Basic and Applied Sciences.

"Many stories were told and history relived about the successful livestock-judging teams that Dr. Garrigus coached," Fuller said. "There were former students at this event I had not seen in 40-plus years. It was a great night for Dr. Garrigus and his wonderful family, the agriculture department and the university."

Longtime friend and former MTSU ag director-turned-faculty-member Warren Gill said the Tennessee Livestock Center as we know it would not exist had it not been for Garrigus, who also is a huge Blue Raiders' fan.

"He worked closely with (then state Rep.) John Bragg and (then-governor) Ned Ray McWherter and others to make it happen," Gill said.

Gill added that Garrigus directed several of his best students to obtaining graduate degrees from the University of Kentucky (Garrigus's alma mater). They included Lanas Smith, Tim Redd and Dale Barnett. Redd retired as director of the MTSU Experiential Learning and Research Center (the MTSU farm and dairy) in Lascassas, Tennessee.

Although Garrigus was unable to attend, his wife, Jan, and daughter, Pam Garrigus Jebeles, were among those attending.

Chitty said if alumni and friends want to help reach the remaining amount ($8,868) to attain the Centennial level, they can give by going to www.mtsu.edu/supportag/and click on "Garrigus Scholarship."

It will become the sixth MTSU scholarship to obtain the Centennial status.

Fuller said plans are formulating for a reunion of livestock judging teams, likely to occur in October during homecoming. For more information, call 615-898-2523.