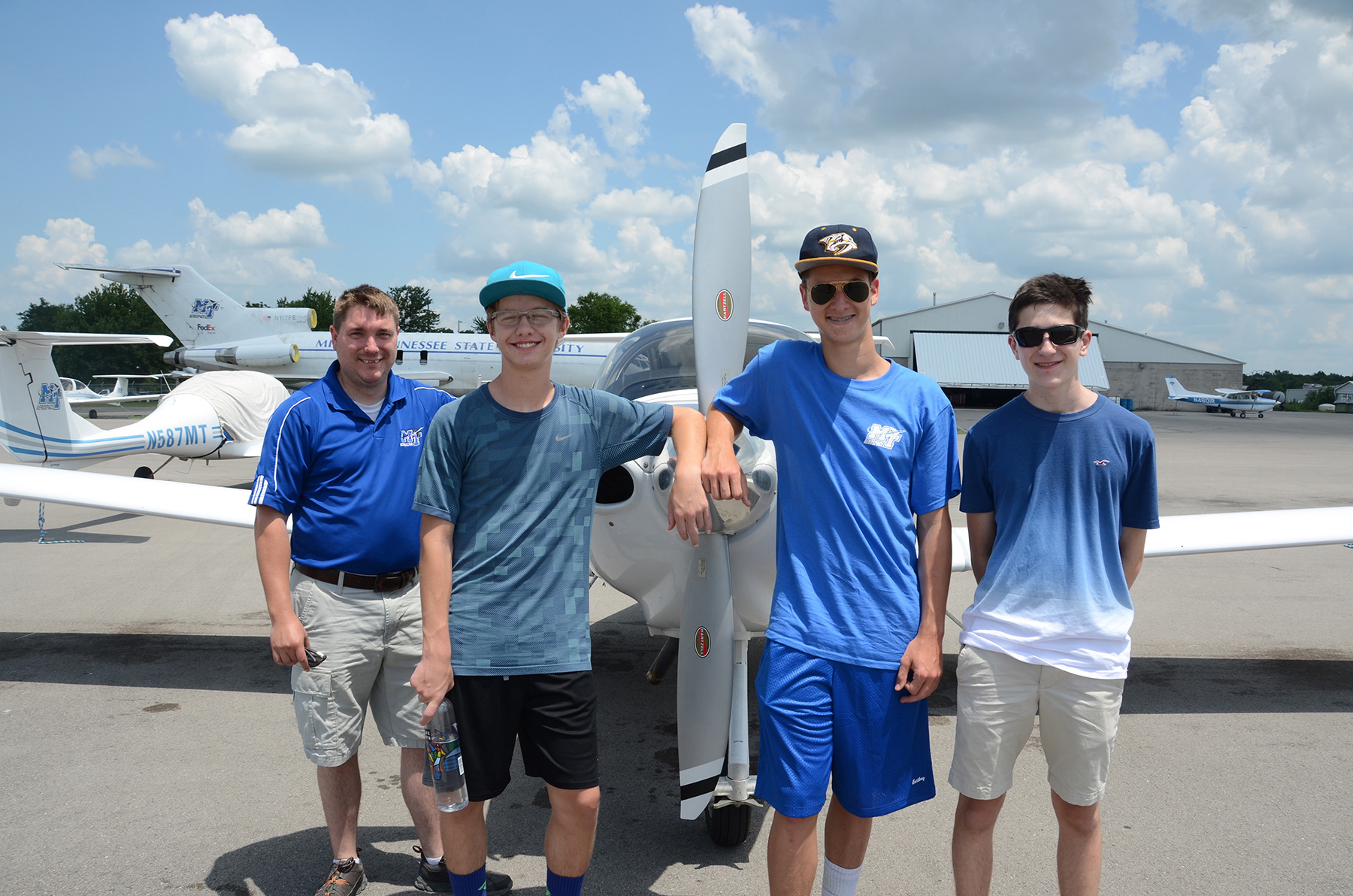 As long as he can remember, teenager Preston Davis has always dreamt about flying an aircraft.

Thankfully during his week at MTSU's 2017 Introduction to Aviation Summer Camp, Davis did more than that.

"I got the total experience that I needed," said Davis, a rising sophomore at Mt. Juliet High School.

Nearly 40 students are gaining hands-on experience at the university's weeklong aviation camp, which wraps up Friday at the MTSU Jean A. Jack Flight Education Center at Murfreesboro Municipal Airport and on the MTSU campus in the Business and Aerospace Building.

"My parents thought it'd be a good opportunity for me to learn more about airplanes, mechanics and everything to gain more knowledge about flying," Davis added.

During Monday's opening activities, campers along with faculty and staff met at the airport, where MTSU's Department of Aerospace also takes its currently enrolled students to learn how to fly. The teenagers then split into four groups for the duration of the week.

All the campgoers got to experience what flying is really like through three rotations that each lasted about 30 minutes to an hour. Flying activities included traveling from the airport to Shelbyville, Tennessee, accompanied by an instructor, using Microsoft flight simulators in the classroom and flying a Diamond simulator that gave them the big screen experience.

"The instructors really broke it down for me and guided me the whole way," Davis said.

Professor Wendy Beckman, camp director and aerospace department chair, said this is the seventh year the university has held the camp and hopes the high school students discover other avionic opportunities.

"Our big thrust is to expose them to aviation careers. You can look up information on the web, but it's kind of limited," she said. "So we set this camp up to let students know what there is to do in aviation, and some of the students absolutely love it and some decide it's not for them, and that's OK."

For more information about the camps or the aerospace program, which is one of 11 programs in the College of Basic and Applied Sciences, call 615-898-2788.