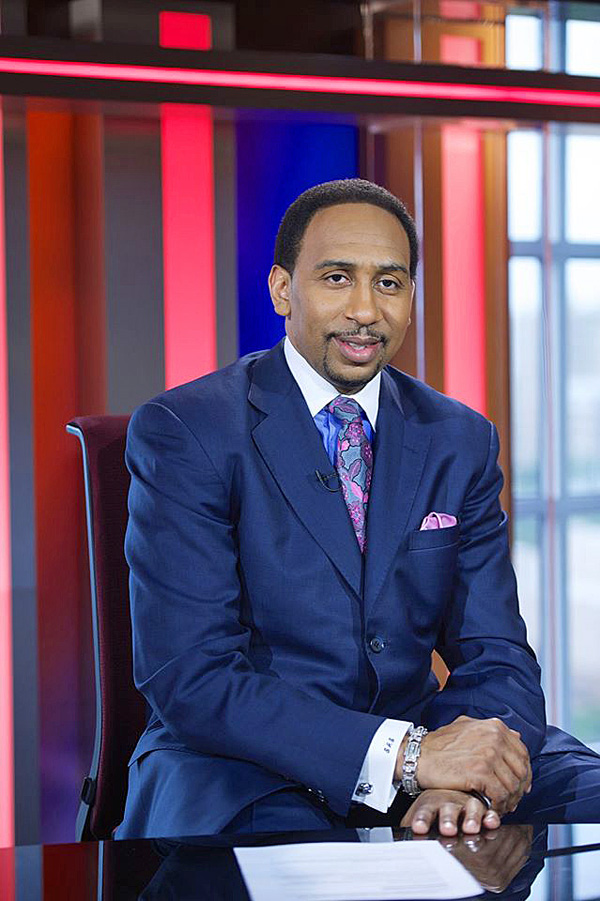 This year's keynote speaker is Stephen A. Smith, sports journalist and commentator on "ESPN First Take." Smith will deliver his address at 7 p.m. Wednesday, Feb. 17, in the Student Union Ballroom.

Since September 2014, Smith also has hosted "The Stephen A. Smith Show" on SiriusXM's Mad Dog Sports Radio. In addition, he writes regularly for ESPNLA.com and ESPNNY.com.

Other events scheduled for the month:

• Nine esteemed citizens will be honored at the traditional Unity Luncheon at 11:30 a.m. Thursday, Feb. 18, in the Student Union Ballroom. Camille R. McMullen, a state criminal appeals court judge in Memphis, will deliver the luncheon address.

McMullen is the first African-American woman to serve on an intermediate court in Tennessee history. She has been in her current position since 2008. McMullen earned her bachelor's degree in political science from Austin Peay State University in 1993 and her doctor's degree in jurisprudence from the University of Tennessee in 1996.

The Unity Luncheon fetes unsung heroes age 60 or older who have resided in the Middle Tennessee area for 25 years or more and who have made outstanding contributions to their society in education, community service, black arts, sports or as advocates of civility. Tickets are $25 each and available at www.mtsu.edu/aahm.

• Sekou Franklin, an MTSU professor of political science, will moderate a discussion about "The Boundaries of Racial Politics in the Tennessee General Assembly" in a brown bag luncheon at noon Wednesday, Feb. 10, in Room 224 of the Student Union. The topic will be the legislative behavior of Tennessee's black lawmakers from 2003 to 2012.

• Rhadi Ferguson, a mixed martial arts trainer and strength and conditioning coach, will speak on "The Power of Persistence" at 7 p.m. Tuesday, Feb. 23, in the State Farm Lecture Hall of the Business and Aerospace Building.

A four-time national champion in judo, Ferguson holds a black belt in Brazilian ju-jitsu. He made his professional mixed martial arts debut in August 2010, winning his first two bouts by technical knockout in the first round.

• Showings of the movies "Selma," "Straight Outta Compton," "Friday," and "Remember the Titans" are on the calendar, as well as game shows and a panel discussion on interracial dating.

• A local production of "Dreamgirls," the Broadway spectacular and winner of six Tony Awards, runs Feb. 12-28 (Fridays, Saturdays, Sundays only) at the Rutherford County Center for the Arts, 110 W. College St. in Murfreesboro.

Friday and Saturday shows begin at 7:30 p.m. with Sunday matinees scheduled for 2 p.m. Tickets may be purchased at www.boroarts.org.

• MTSU jazz music faculty will perform the music of the legendary Wayne Shorter at 7:30 p.m. Thursday, Feb. 18, in Hinton Hall in the Wright Music Building. Tickets are $10 for the general public. MTSU students, faculty and staff will be admitted free with ID.

With the exception of the Unity Luncheon, "Dreamgirls" and the jazz concert, all Black History Month events are free and open to the public. For more information, contact Daniel Green, manager of the Office of Intercultural and Diversity Affairs, at 615-898-5812 or daniel.green@mtsu.edu.