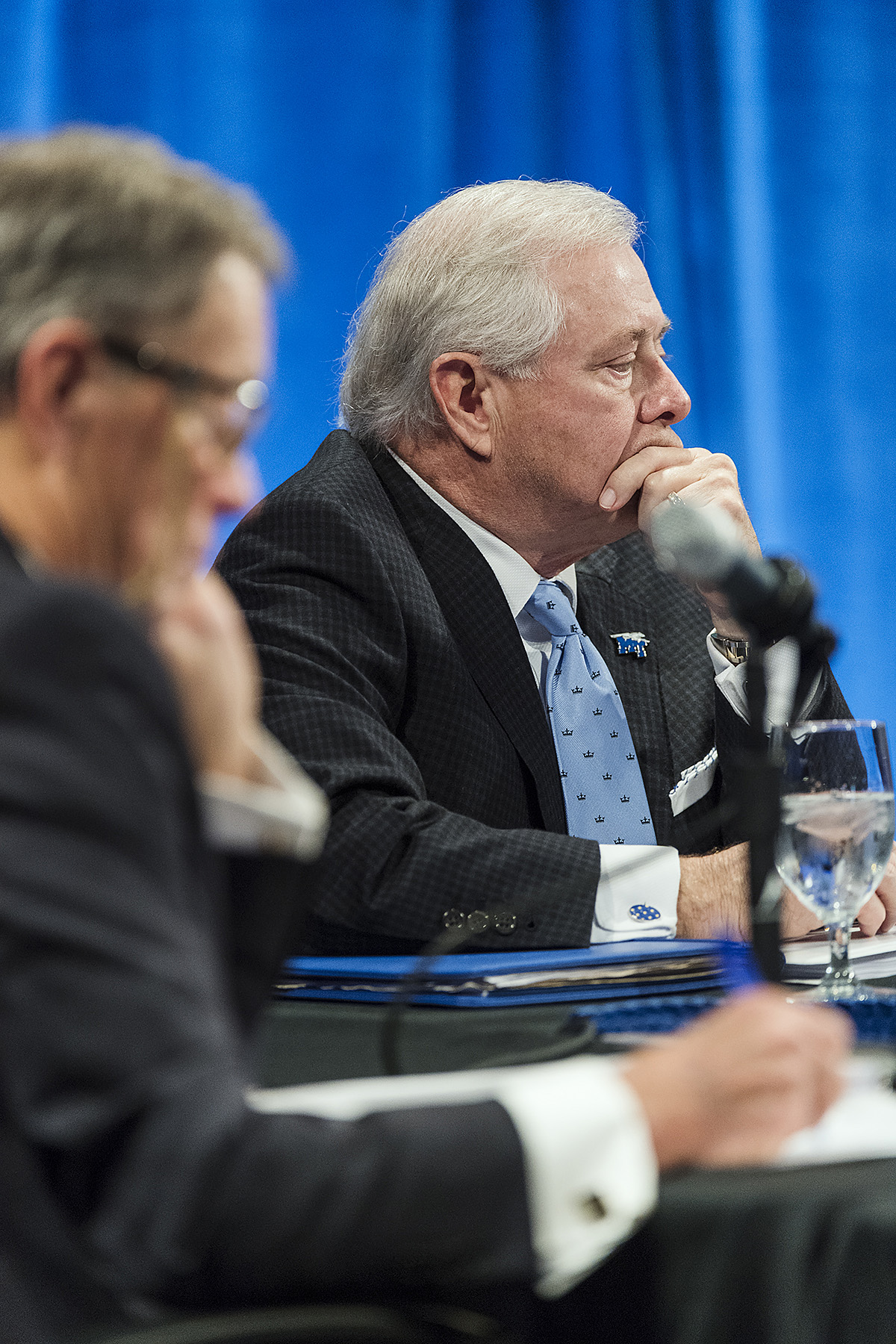 MTSU Board of Trustees member J.B. Baker listens intently during the March 27 quarterly board meeting in the Student Union Ballroom. In the foreground at left is Trustee Andy Adams. (MTSU photo by Andy Heidt)

Middle Tennessee State University's Board of Trustees on Tuesday approved two new academic programs in the colleges of Business and Education at its quarterly meeting.

And trustees also approved a new Athletics Master Plan; authorized the chair of its Finance and Personnel committee to negotiate an employment contract between MTSU and President Sidney A. McPhee; and decided not to pursue the idea of adding a merit-pay raise option for faculty and staff at this time.

"These new programs will give students more options and clarify the degree they are earning," Wright said.

• Trustees authorized Joey Jacobs, chair of the Finance and Governance Committee, to negotiate an employment contract with McPhee. They delayed consideration of an overall evaluation policy of the president after Faculty Trustee Tony Johnston said he wanted to discuss ways to expand feedback from stakeholders in the process.

• Accepted a recommendation from Finance and Governance not to pursue merit pay as a salary option for faculty and staff until further progress in bringing pay to market levels.

• McPhee told trustees that the state Attorney General's office informed the university that it would have to retain outside legal counsel if it decided to appeal the state Historical Commission's decision to deny the name change of Forrest Hall. A decision to pursue an appeal is still under study.

• Trustees learned of the establishment of the International Ginseng Institute, another research partnership with Guangxi Botanical Garden of Medicinal Plants in China.

For more information about the MTSU Board of Trustees, go to www.mtsu.edu/boardoftrustees.

Read more from:
News
Tags:
board, board of trustees, MTSU
Share: