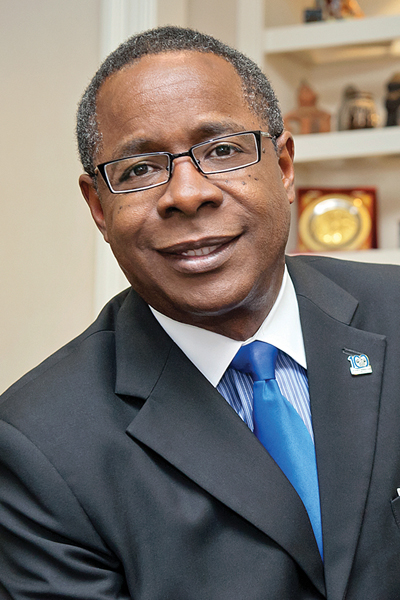 MTSU President Sidney A. McPhee, in a statement released Wednesday, said it was "right and appropriate" to engage the university community on the name of Forrest Hall, the campus building that houses the Army Reserve Officer Training Corps program.

WGNS' Ron Jordan has the story:

"Debate about the name of Forrest Hall has surfaced periodically through the years," McPhee said. "In light of the horrific killings in Charleston, and the national discussion that has ensued in the aftermath, it is right and appropriate to revisit this matter with the university community, our alumni and supporters, and state officials, who by law must approve any change."

Forrest Hall was built in 1954 to house the ROTC program, but wasn't dedicated until 1958, when the name Nathan Bedford Forrest Hall became official. It was chosen because of Forrest's notoriety as a military tactical genius for the Confederate Army and because of his ties to Middle Tennessee, including being born in the region.

Debate about the university's ties to Forrest rose periodically through the civil rights era and beyond, with the university removing a 600-pound bronze medallion of Forrest from the Keathley University Center in 1989. Opposition to the name of Forrest Hall didn't reach its height until 2006-07 when a number of students petitioned to have the name removed because of Forrest's ties to the Ku Klux Klan.

Others supported keeping the name. A series of public forums were held to discuss the issue, with the university deciding to keep the name after the Student Government Association rescinded an earlier request to consider a name change and African-American student groups informed university leaders that such a name change was not a priority for them at that time.