MTSU Football Will NOT Go to Bowl 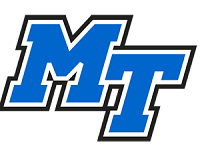 Middle Tennessee football will not play in a bowl game this year, despite becoming bowl eligible with a 6-and-6 record. The Blue Raiders were trying to get to a bowl game in back to back seasons, which has only happened two other times in the program's history.

Conference USA announced the five bowl berths to the upcoming postseason, and MTSU football was left out. C-USA champion Marshall will play in the Boca Raton Bowl on Dec. 23. Rice, Western Kentucky, UTEP and Louisiana Tech will all be in bowl games.

UTEP picked up their seventh win of the year by beating MTSU to end the regular season.