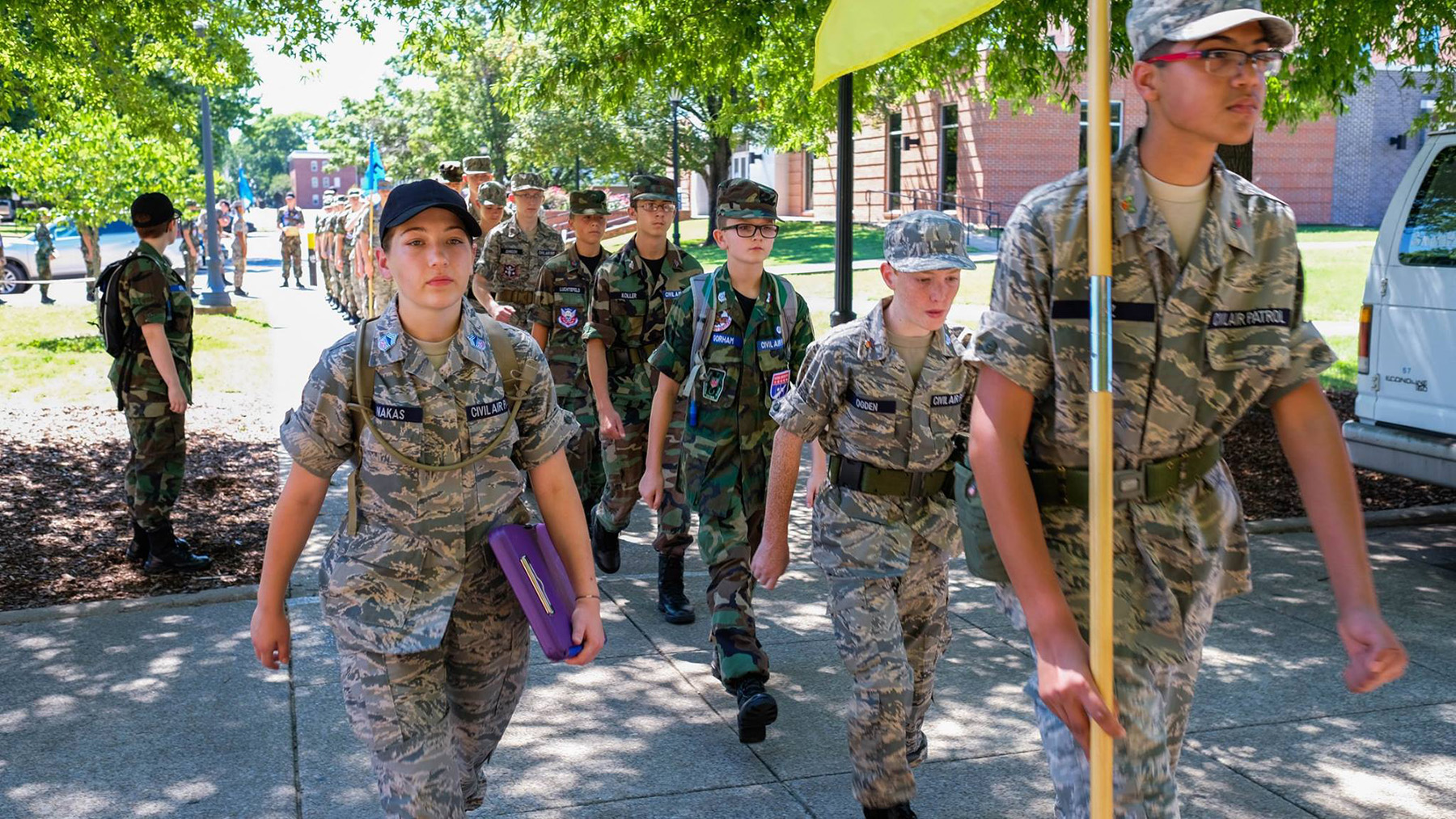 Cadets attending the 2017 Civil Air Patrol Tennessee Wing Encampment, held at MTSU for the second year in a row, march past the McCallie Dining Hall toward the Business and Aerospace Building. (Photo provided by CAP Tennessee Wing)

Middle Tennessee State University has been home base to Civil Air Patrol cadets from across the country attending classes and participating in aerospace and engineering activities tied to the College of Basic and Applied Sciences.

The academy closed Saturday, just as the annual CAP Tennessee Wing Encampment welcomed about 100 cadets from Tennessee, Georgia and Mississippi for a separate weeklong leadership and aerospace education activity also on the Murfreesboro campus.

The two events are a result of MTSU's partnership with the volunteer civilian auxiliary of the U.S. Air Force. The pact was renewed for another three years in a ceremony last March with interim Provost Mark Byrnes, Tennessee Wing Commander Col. Arlinda Bailey and Southeast Region Commander Col. Barry Melton, a 1982 graduate of MTSU.

MTSU entered the partnership in hopes of hosting such activities for CAP's cadet program, set up for youths ages 12 to 21, and in support of CAP's aerospace education efforts for area primary and secondary classrooms.

"Our partnership with Civil Air Patrol has been a true win-win for both organizations," said MTSU President Sidney A. McPhee. "It allows MTSU to showcase its campus and faculty to prospective students whose interests mirror many of our signature programs."

Melton, whose region includes Tennessee Wing and wings from five other states and Puerto Rico, described the partnership in March as a "model for other wings throughout the nation hoping to connect with major universities."

This is the second year Tennessee Wing held its cadet encampment on the MTSU campus and it was the first time MTSU hosted the technologies academy, which was previously based at Auburn University.

"We're pleased our partnership expanded this year with the addition of the national academy and hope to host other new activities in the years ahead."