MTSU Graduation This Friday and Saturday 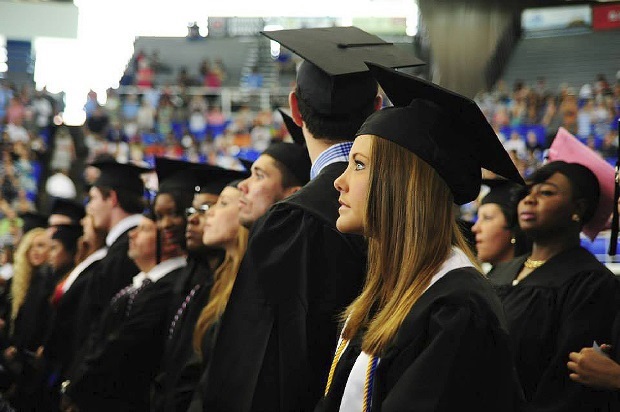 Looking Back: Students scan Hale Arena inside MTSU's Murphy Center for family and friends before the university's summer 2013 commencement ceremony. The 2015 graduation will be on Saturday, Dec. 12, 2015.

MTSU will award an estimated 2,383 degrees during its three spring 2016 commencement ceremonies this Friday and Saturday, May 6 and 7, inside Murphy Center.

MTSU President Sidney A. McPhee and other MTSU officials also will speak briefly to graduates during the ceremonies.

Each ceremony also will be streamed live online; visit http://ow.ly/rwxOz for a link to the video feed and more details.

MTSU Spring 2016 Commencement at a Glance

Where: Murphy Center on the MTSU campus