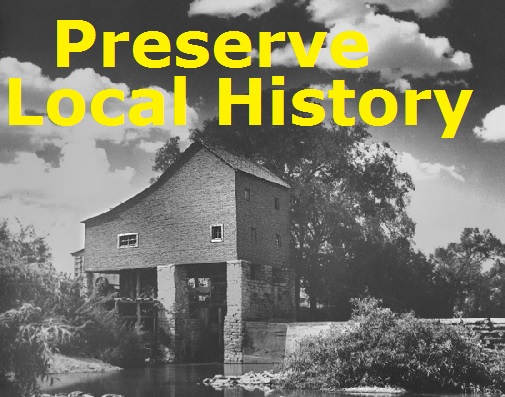 Tennesseans interested in preserving their local heritage now have an easier way to request help from MTSU's Center for Historic Preservation.

The CHP has streamlined the application process for its professional services partnerships. These coveted partnerships enable local governments, state agencies, nonprofit organizations and community groups to save their local history with the help of the CHP's professional staff and graduate research assistants at no cost.

Projects of particular interest to the center include those that can be completed within one year; address a significant historic property, event or issue; are located within a 300-mile radius of MTSU; demonstrate community need; and demonstrate the sponsor's commitment of time, effort and support.

Examples of projects that have benefitted from CHP partnerships include the Gem Theatre in Etowah, Tennessee, and the West Bemis Rosenwald School in Jackson, Tennessee.

The Etowah Arts Commission obtained the CHP's help in restoring Gem Theatre, a vintage "picture palace" that has been at its current location since 1927, to its former glory. The facility is now used as a community arts center.

The West Bemis Rosenwald School is believed to be the oldest Rosenwald School still standing in Tennessee. It is one of many schools built by Julius Rosenwald, co-founder of the Sears & Roebuck Co., for the education of African-Americans. The former school is now a community center.

Prior to the June 1, 2017, deadline, applicants should submit:

Faculty and staff may visit the proposed project in June or July. Partnerships will be announced on Aug. 1, 2017.

Applications may be emailed as PDFs to histpres@mtsu.edu or mailed as hard copies to the Center for Historic Preservation, Box 80, MTSU, Murfreesboro, TN 37132.

For more information, contact van Zelm at antoinette.vanzelm@mtsu.edu or Lydia Simpson, programs manager, at lydia.simpson@mtsu.edu. Both can be reached at 615-898-2947.