Friday (Oct. 19), Golden Raiders (featuring the Class of 1968 and graduates from earlier years) were recognized as well as Distinguished Alumni in separate events in the MT Center in the Sam Ingram Building. - ABOVE

It was chilly, rainy and overcast as MTSU students, alumni and others gathered for pregame activities Saturday (Oct. 20) for the 2018 Homecoming events.

As skies began clearing and the sun popped out, homecoming opponent University of North Carolina-Charlotte dominated in nearly all phases of the football game -- except the scoreboard, where it mattered most as the Blue Raiders prevailed 21-13 in Floyd Stadium and make for a happy homecoming ending.

Homecoming has been an autumn tradition for decades as Blue Raider alumni, students and fans turn out for the annual chili cookoff, Golden Raiders and Distinguished Alumni celebrations, leading to Saturday full day of events. "Raidercade," a play on arcade games, served as the homecoming theme.

Senior Brent Stockstill threw two touchdown passes to Ty Lee and the Raiders' defense added a score of its own in the victory. At 4-3 overall, the Blue Raiders remain in the hunt in Conference USA play with a 3-1 record. They visit Old Dominion Oct. 27.

Fans of all ages turned out to watch the firetrucks, floats and Band of Blue perform during the Homecoming Parade, which began at the intersection of East Main and Maney Avenue, stroll down East Main past the President's Lawn (and the Mixer on Main Parade Watching event) and turn left onto North Baird Lane.

Plenty of tailgating figured into festivities before the game.

Friday (Oct. 19), Golden Raiders (featuring the Class of 1968 and graduates from earlier years) were recognized as well as Distinguished Alumni in separate events in the MT Center in the Sam Ingram Building. 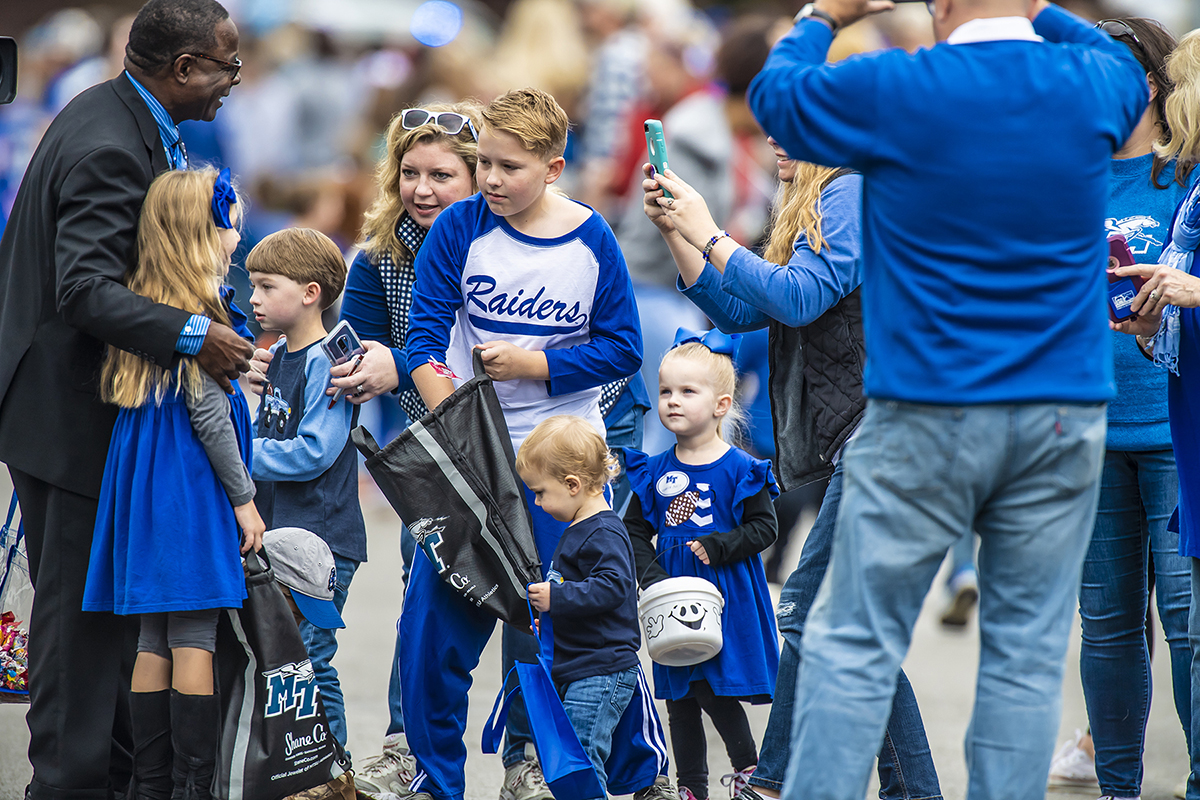