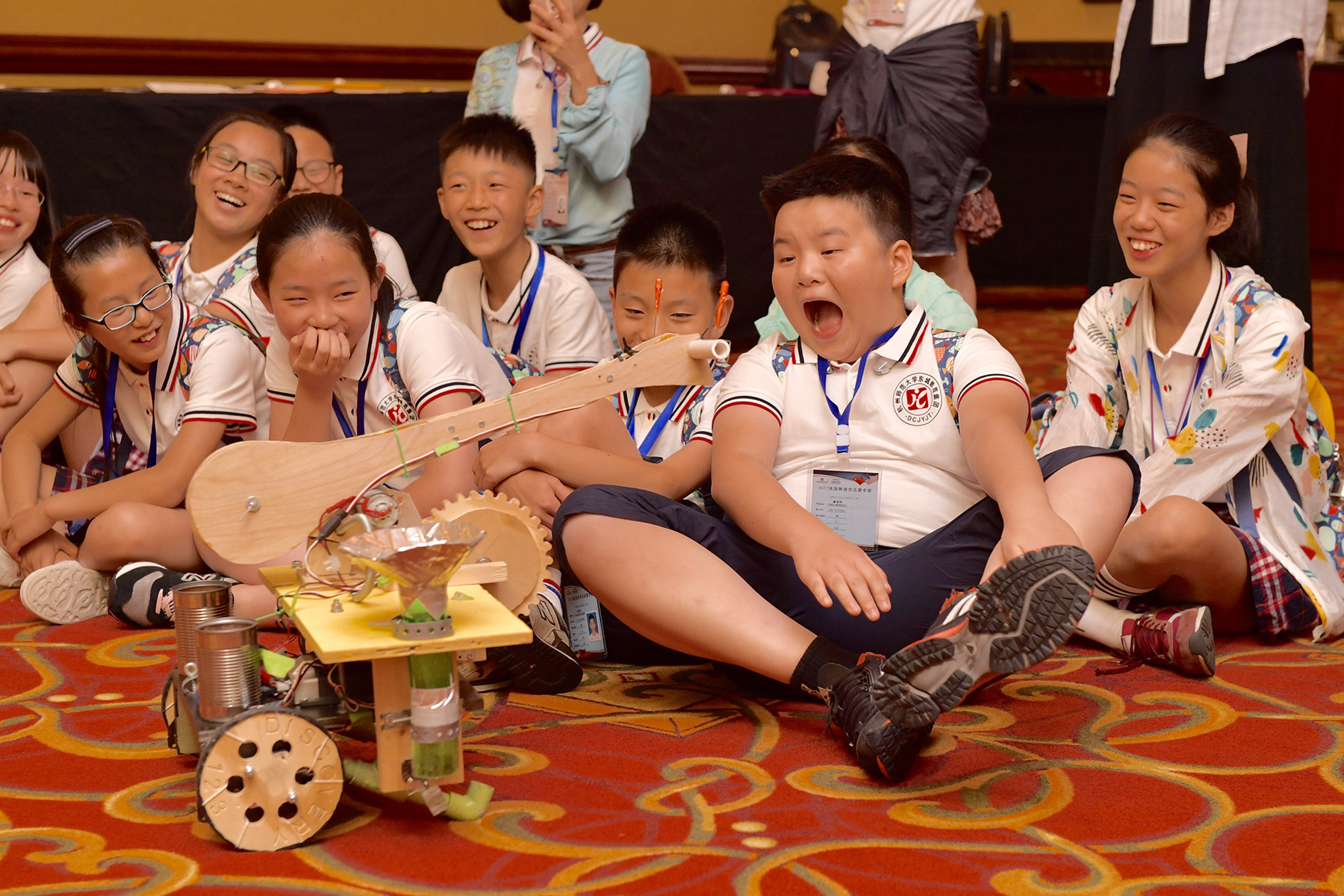 Middle Tennessee State University is playing host this week to a delegation of schoolchildren, teachers and administrators from China's Dongcheng Educational Group for the sixth in a series of reciprocal visits between the institutions.

Dongcheng is an affiliate of Hangzhou Normal University, MTSU's partner in the creation and operation of the Confucius Institute on the MTSU campus. Dongcheng oversees a network of magnet-style schools in Hangzhou, China.

"Our partnership with Dongcheng is truly historic, perhaps the only such venture of its kind in the world that combines educational, instructional and cultural opportunities for student and teacher participants from both countries," said MTSU President Sidney A. McPhee.

"This exchange has been recognized nationally and internationally for excellence and it is one of the tenets of our deep relationship with Hangzhou Normal University and the Confucius Institute."

This visit will be the third time MTSU has hosted the Dongcheng delegation, who also visited before in 2013 and 2015. Students, parents and teachers from Rutherford-area schools were hosted by Dongcheng in China in 2012, 2014 and 2016.

MTSU first lady Elizabeth McPhee, aided by local teachers and parents who have travelled with MTSU to China on previous trips, will conduct joint classes for Chinese and American students and host a workshop for Chinese teachers. The visitors will be paired with local families who participated in last year's exchange trip to China.

The McPhees will host a picnic Tuesday morning for the guests on the lawn of the President's Residence, aided by cheerleaders from MTSU and Murfreesboro's Blackman High School.

The visitors will also tour facilities on the MTSU campus, see cultural sites in Nashville and participate in classroom activities at Overall Creek Elementary School in Murfreesboro. Also, they will be treated to performances by students from Murfreesboro's Reeves-Rogers and Bradley Academy schools and visit the U.S. Space and Rocket Center in Huntsville, Alabama.

Guests pay their own way here. Private donations, including title sponsorship by campus food vendor Aramark, pay most of the local expenses, which with additional support coming from the Confucius Institute.

The Confucius Institute, named after the ancient Chinese philosopher, is sponsored by China's Education Ministry to promote Chinese language, history and culture through tours, exchanges and university partnerships. There are more than 440 institutes in 120 countries.

The delegation arrived early Monday morning and will depart Friday.