It may be the fifth year that Middle Tennessee State University has deployed a team of multimedia communicators to cover the Bonnaroo Music and Arts Festival, yet each one is very different and unique.

About 35 students for MTSU's College of Media and Entertainment arrived Thursday at the 700-acre farm that Dean Ken Paulson calls "the Bonnaroo campus."

"There's a special vibrancy to teaching professional skills when the classroom is the Bonnaroo festival," Paulson said. "Each year students majoring in photography, journalism, audio engineering and video production have a singular learning experience that they'll never forget."

"The classroom education is the start," said Journalism Director Greg Pitts, "but Bonnaroo is the hands-on next step for experiential learning, where students interview, write, report and meet newsroom deadlines."

One such student is Megan Cole, a sophomore double majoring in journalism and political science, who joins the team tapped by MTSU's Seigenthaler News Service to file artist interviews and music reviews for a media client list that includes USA Today Network-Tennessee.

"I've never been to a festival like this before, so it is really going to be a first experience for me," she said. "And really just getting to cover some of the artists that I listen to personally is something that I am really looking forward to (doing)."

Most of these students at the festival are enrolled in credit-bearing courses based upon their Bonnaroo experiences.

"We have a major commitment to feet-on-the-ground learning through participatory learning experiences at industry events like Bonnaroo and the ACM Awards," said Billy Pittard, chair of the Department of Media Arts. "We do everything we can to give our students the opportunity to be career ready upon graduation with the benefit of a four-year degree to take their careers as far as they want to go."

This is the fourth year the student production team at Bonnaroo is using MTSU's state-of-the-art, $1.7 million Mobile Production Lab, which was moved into place behind the Who Stage on Thursday.

"'Bonnaroo is my classroom' is a line I have used now for four years as I teach students multi-camera live event television production," said Robert Gordon, an assistant professor in Media Arts.

"Eighteen live, unrehearsed concerts in four days teaches students aspects of television production that they will never get from a book or a lecture." 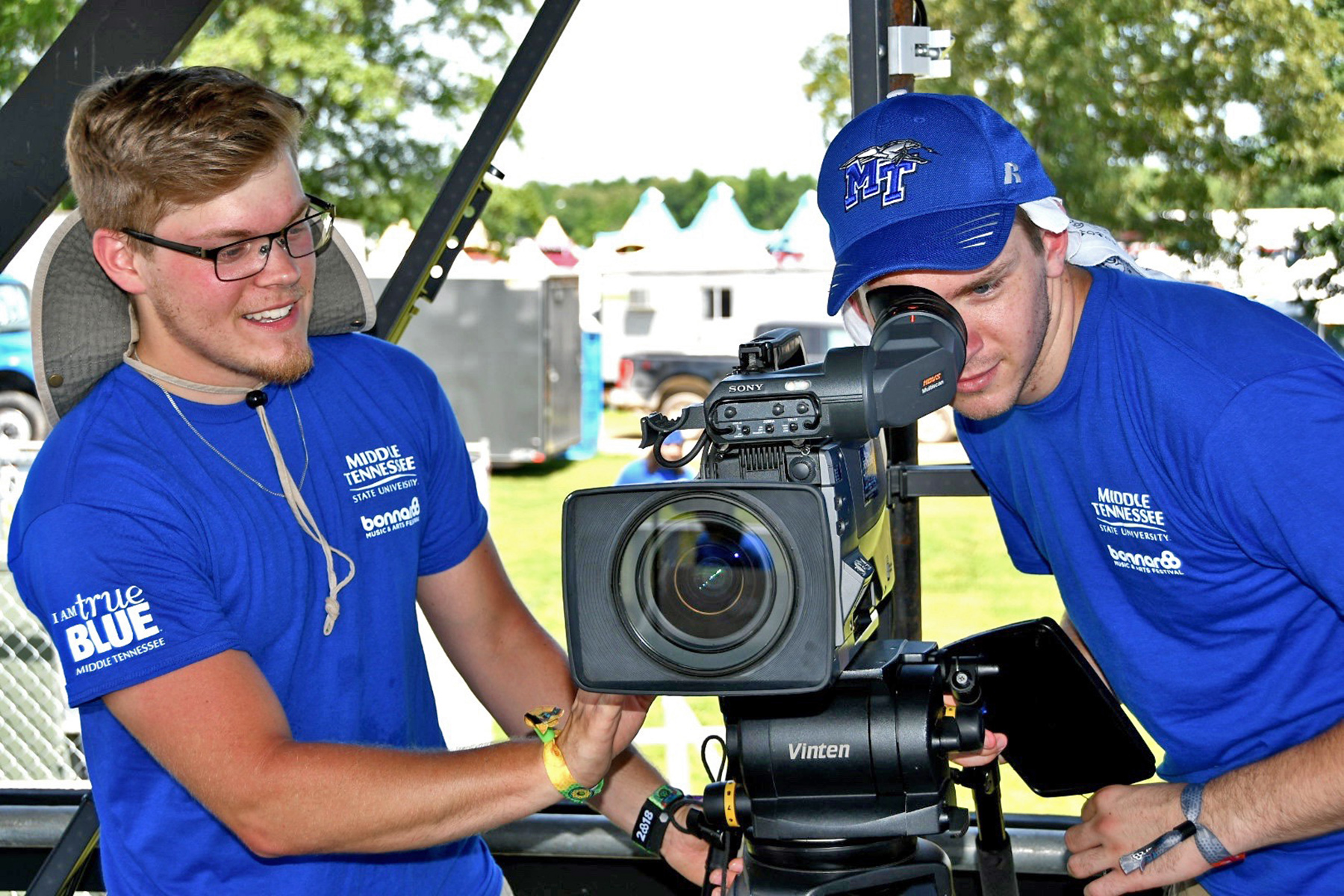