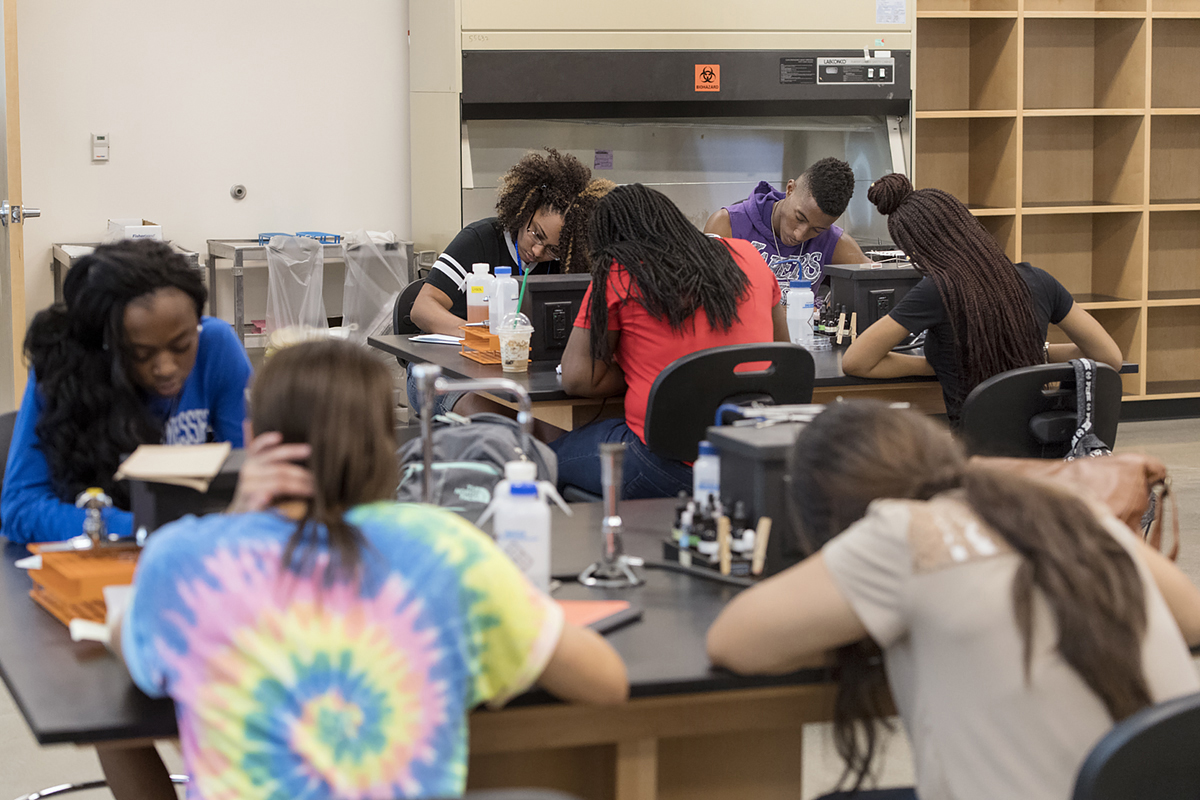 As the 2016-17 MTSU academic year rolls along, more than 300 freshmen are much more prepared to succeed at university life after participating in the expanding MTSU Scholars Academy over the summer.

The two-week program assists the campus newcomers in three academic areas -- biology, mathematics and a version of University 1010 (a course to help students develop tools to achieve success) -- and they receive a head start on adjusting to their new academic and social environment.

The Scholars Academy, a part of the Office of Student Success, was created to serve all students, with an emphasis on the needs of first-generation and Pell-eligible students by providing them with a quality education in a supportive learning environment.

To learn more about the Scholars Academy, visit http://www.mtsu.edu/studentsuccess/scholars-academy.php.

In its 10th year, the program has experienced an 84 percent retention rate for the two most recent entering freshmen classes in 2014 and '15, said Brandon Chapman, assistant director for Student Success. The program has grown from 32 students in 2007 to 167 last year, and came close to doubling this year.

In addition to freshmen from all across Tennessee, first-year students from Colorado, Georgia, Virginia, the Bahamas and other states attended the academy.

Chapman added they are taking "best practices from this (Scholars Academy) and sharing it with the university for everyone's benefit.

The program could not run without "dedicated and energetic peer mentors," Chapman said. "They are upperclassmen who give up two weeks of their time to help these freshmen get acclimated to a college campus."

Darryell McGhee, 17, of Memphis, Tennessee, a May graduate of White Station High School, appreciated how "everyone was nice" and how it "helped us get ready for real classes. ... I would have been so lost when school started."

"Everybody has one goal -- to graduate," the May L&N Academy for STEM (science, technology, engineering and math) alumnus said. "I would love to surround myself with these people (peers and faculty). And Mr. Chapman, even though he's hard (on us), he loves us."

For Covington, the most rewarding aspect was meeting more people. He understood part of the challenge was getting to know his environment and know where everything is located.

• Increased sensitivity to the benefits and challenges of independence.

• Increased opportunities to engage students in serious conversation about college.