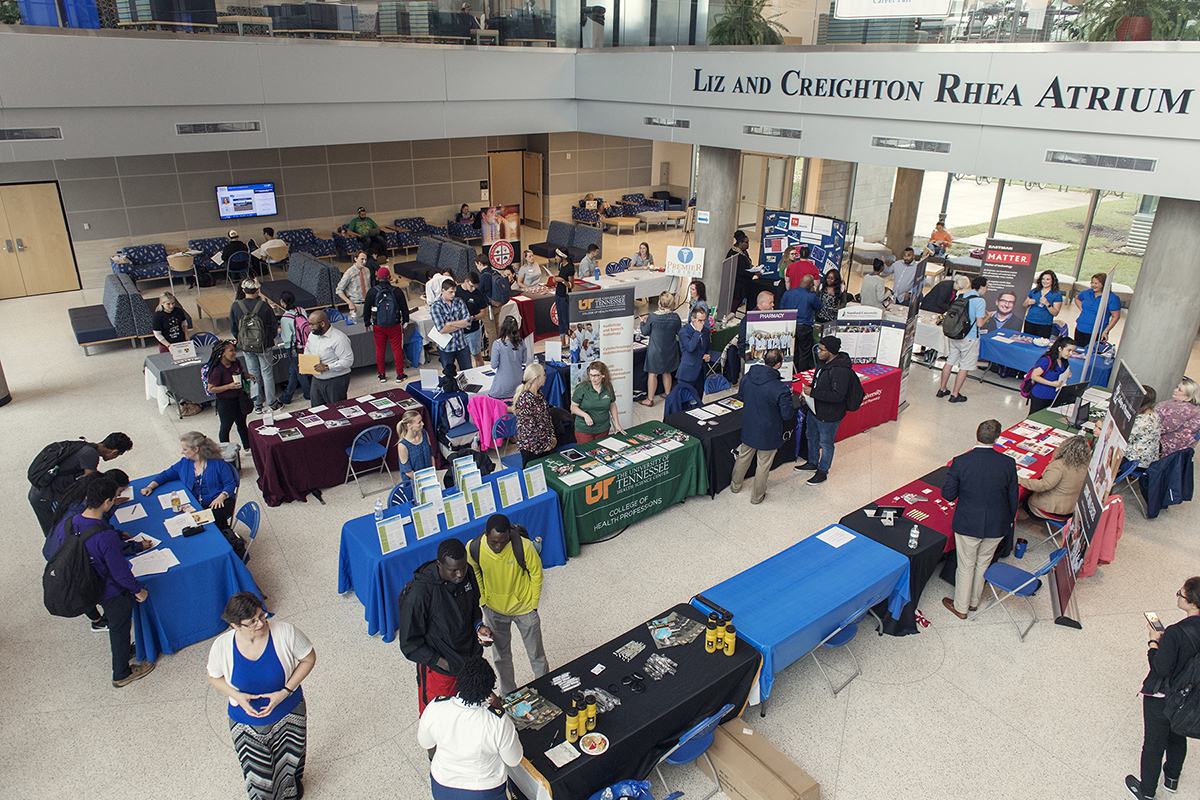 Six companies joined 18 colleges and universities in sending representatives to the event, which was a partnership between the Department of Chemistry and the Career Development Center to bring students together with the schools and businesses trying to recruit future prospects.

Oscar Valenzuela, 20, an MTSU junior from Smyrna, Tennessee, who is president of the MTSU Chemistry Society, described the fair as "fantastic" and one where he was excited to learn about bridge programs in pharmacy with Vanderbilt University and elsewhere.

"I met a lot of good programs," Valenzuela said. "If you are an MTSU senior, you can finish your bachelor's degree while doing a year of pharmacy school."

Valenzuela also met with the representatives from the department lab services with Kingsport, Tennessee-based Eastman Chemical. There he met Gabrielle Ashley, an Eastman lab tech and 2015 MTSU chemistry graduate, who performed research with adviser and chemistry professor Andrienne Friedli while an MTSU student.

Deayrea Martin, 20, a junior psychology major and biology and chemistry minor from Memphis, Tenn., spent about an hour at the fair and said many of the organizations "sparked my interest and I am going to set up appointments and visit these schools. Everything has been insightful and helpful."

Meharry Medical College, Vanderbilt Health, the University of Tennessee Health Science Center in Memphis, Tennessee, and MTSU's Master of Science in Professional Science program were among other participants.

Technical clerk Melissa Houghton, who helped coordinate the fair, said it was "a very successful event. We had lots of positive feedback from companies."

A week before the fair, the chemistry department held a resume preparation workshop. Also, nationally recognized chemist and Cameron University professor Ann Nalley spoke to students about careers Sept. 26. She is a past president of the American Chemical Society.