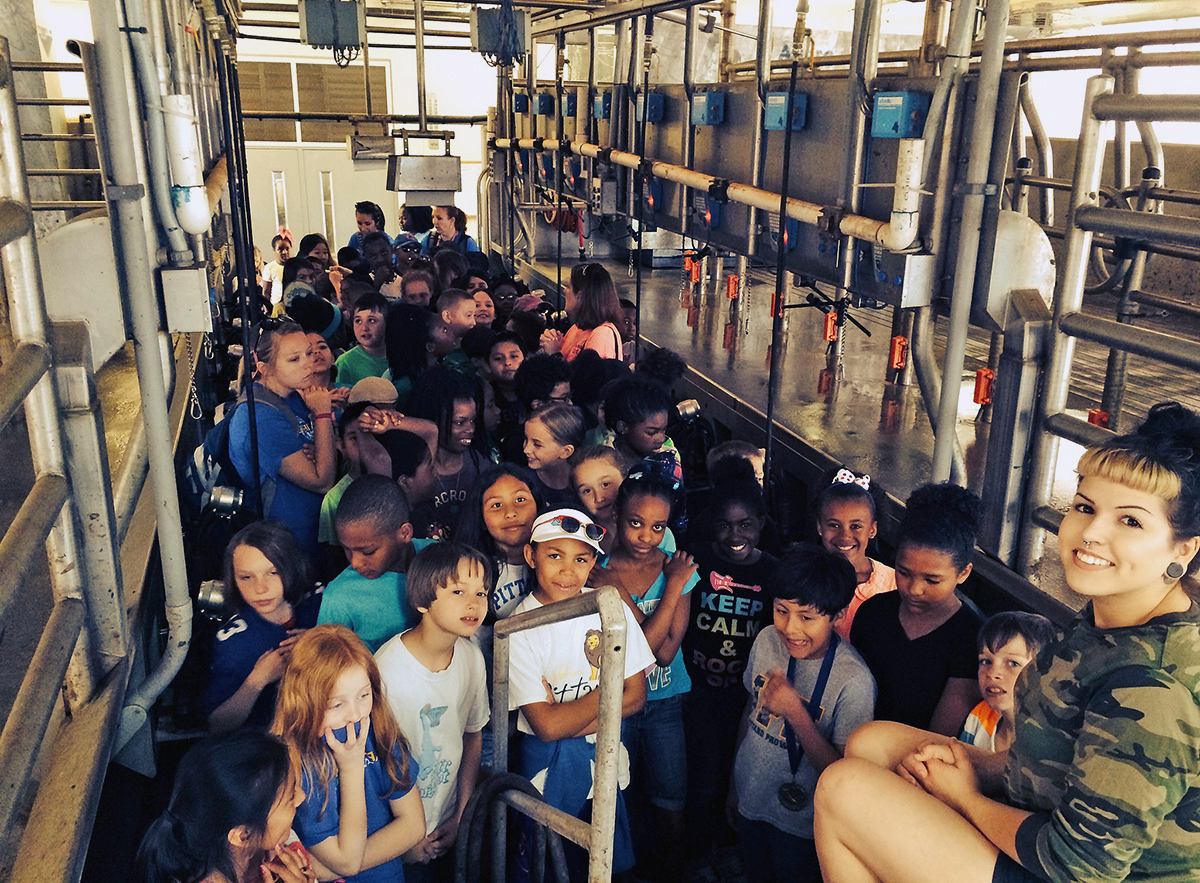 About 600 Murfreesboro City Schools' third-graders learned about the MTSU gardens and another 600 took in the dairy portion of the MTSU Experiential Learning and Research Center Thursday (May 12).

Several dozen buses transported the youngsters in two shifts to the MTSU Farm and Dairy in Lascassas, Tennessee, for the second "Farm2School" field trip in as many years.

As an MTSU professor held up an ear of corn, students tried to name things that can be done with it, other than eating...

The field trip is part of a partnership between Murfreesboro City Schools and MTSU. The two entities have collaborated to bring more than 28,000 students for four Education Days at MTSU women's basketball games and teamed for many student-teaching events and educational and academic endeavors through the years.

Cristian Betancourth, 10, of John Pittard Elementary said he had a lot of fun and "learned how you can make things out of cow poop."

A number of MTSU and City Schools' staff coordinated the four-hour event. Various MTSU students shared about the dairy, garden and life on a farm.