MTSU solar boat soars to second in world once again 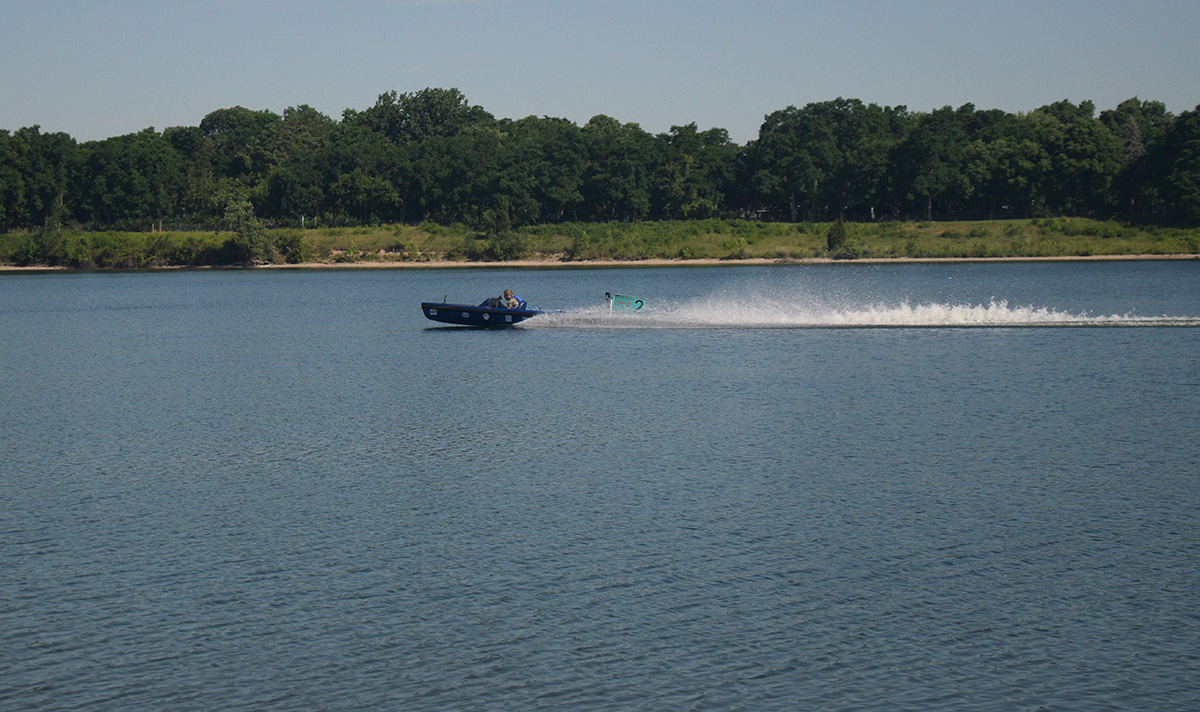 Pilot David Sprouls guides the MTSU entry in the 2016 Solar Splash competition to first place in qualifying and second in sprint (the speed of the boat). (Submitted photo)

Maybe the third time will the national championship charm for MTSU at the 2017 Solar Splash World Championship.

For the second straight year, MTSU finished No. 2 and earned a number of awards in the 23rd Solar Splash World Championship of Intercollegiate Solar Boating at Eastwood Park in Dayton, Ohio, earlier this summer.

Solar Splash is an intercollegiate solar and electric competition dedicated to showing the feasibility of solar energy. Teams come from across the country to compete.

The crafts are powered by designated batteries and solar arrays and must maintain a height of 1.5 meters above the water line at all times. Competitive teams must showcase hydro dynamically effective designs that utilize solar power effectively.

Watch the video from MTSU's portion of the competition:

• Second in sprint (speed of the boat).

All teams received a plaque for entering and competing.

Dr. Saeed Foroudastan, associate dean in the College of Basic and Applied Sciences, serves as faculty adviser for all Experimental Vehicles Program projects in engineering technology. These include the solar boat, lunar rover, formula hybrid and Baja Society of Automotive Engineers, or SAE, collegiate design series.

Foroudastan praised Woodson and Blankenship "without whose heart and dedication the solar boat (success) would not have come to fruition." He congratulated the entire team "for their contributions and the dedication to the success of this project" and for the well-deserved honors.