MTSU Student Recovering After Deer Crashes into His Windshield 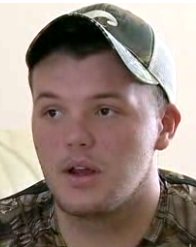 It's been a long three week for Michael Pethke (PET-key). He's the MTSU student who was critially hurt when a deer crashed through the windshield of his truck in Bell Buckle. Petke tells NewsChannel 5 he suffered bleeding on the brain and was in intensive care for several days...

Petke was released last weekend from the hospital. Two friends in the truck with him also received minor injuries. Chuck Yoest with the Tennessee Wildlife Resources Agency says the crash of this 200-pound buck into a car is a reminder it's mating season...

Yoest says the best way to avoid hitting a deer is to slow down when you see them and especially drive slowly in areas where they're known to roam. For more on the story, we have a link to the NewsChannel 5 exclusive report on WGNSRadio.com.