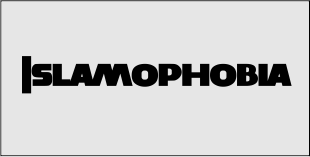 Middle Tennessee State University students are working to eliminate Islamophobia in Middle Tennessee with a social media campaign targeting stereotypes as part of a project for their advertising club.

This campaign is in connection with an international contest hosted by Edventure Partners and the U.S. State Department. In the competition, teams of college students from across the world create social media campaigns that combat recruitment from violent extremist groups.

"We have seen how Islamophobia has negatively impacted the Middle Tennessee area, and started this campaign to bring the campus and community together with a message of acceptance and tolerance," said Katherine Benton, team leader. "It has not only been a great learning experience, but also very encouraging to see the support we have received from the local and university community."

The MTSU team named their campaign Double Take, with the goal to encourage everyone to take a second look at stereotypes. The campaign focuses heavily on looking past the negative stereotyping of Muslims, but also invites everyone in the community to share stereotypes that have affected them.

The Double Take team hopes to use this campaign to not only help fight Islamophobia, but also to help isolated individuals find a place in the community by highlighting the many commonalities community members share.

The Double Take campaign was created by four advertising majors at MTSU: Haley Bartley, Katherine Benton, Danny Jones and Jane McCaffrie. They began the campaign in October and will submit the results in the beginning of December.

For more information, or to share your story, visit DoubleTakeMT.com or Facebook.com/doubletake.mtsu.