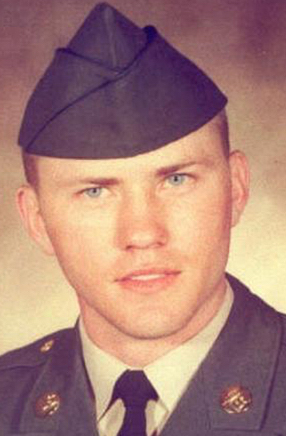 Members of a Middle Tennessee State University study-abroad course remembered a fallen alumnus recently on the site where he gave his life during an infamous battle in the Vietnam War.

The hill was nicknamed "Hamburger Hill" in the media for the seemingly futile nature of the assault by the U.S. Army's 101st Airborne Division. Fought May 10-20, 1969, the Battle of Hamburger Hill was a direct assault against what turned out to be a strategically insignificant hill heavily defended by the North Vietnamese. The result was more than 400 U.S. casualties and outrage back home.

"It was a major turning point in the war both militarily and politically," said Frisby, whose course is taught through the MTSU College of Liberal Arts' Global Studies and Cultural Geography program and the Office of International Affairs.

One of the soldiers who died in the battle was U.S. Army Spc. Jerry Michael Lovell, a 22-year-old from Shelbyville, Tennessee, who was killed May 18, 1969. Frisby and five students climbed the hill recently to pay tribute to Lovell, who attended MTSU in 1964.

See a video of their tribute at http://youtu.be/pK26XgKChA4.

"Students in this class do more than just learn about conflicts and culture, they experience it," Frisby said. "I can tell you that during the arduous ascent of Hill 937 ... everyone has a new found respect for those in the 101st Airborne who made that assault."

According to Frisby, his course "is an interdisciplinary course comprised of students exploring warfare and culture from their major field of study as well as the long-term struggles for Indochina. The students travel alongside veterans to the war's battlefields and historic sites and get firsthand accounts of the veterans experience during the war."

The program's goal is to broaden students' perspectives on global warfare and conflict, and when possible, students visit the sites where MTSU alumni fell. To date, Frisby's course has taken students to Iwo Jima, Peleliu, Guam, Western Europe and Vietnam. It will travel to Sicily and Italy in July.

"We have taken over 150 students and members of the campus community to locations around the world to explore the connections between conflict and culture in the initiation, conduct and remembrance of warfare," Frisby said.

He added that his course also attempts to make local connections by researching surviving and fallen veterans and visiting the places where they served. His class sometimes travels with veterans, particularly on the Vietnam excursions

On several occasions, his groups have encountered the former enemy veterans and discussed their experiences as well. For example, his group again met a group of former North Vietnamese Army and Viet Cong veterans at Khe Sanh this year.

"We do more than just learn about events in these programs, we experience the culture and history of these areas as well," he said.