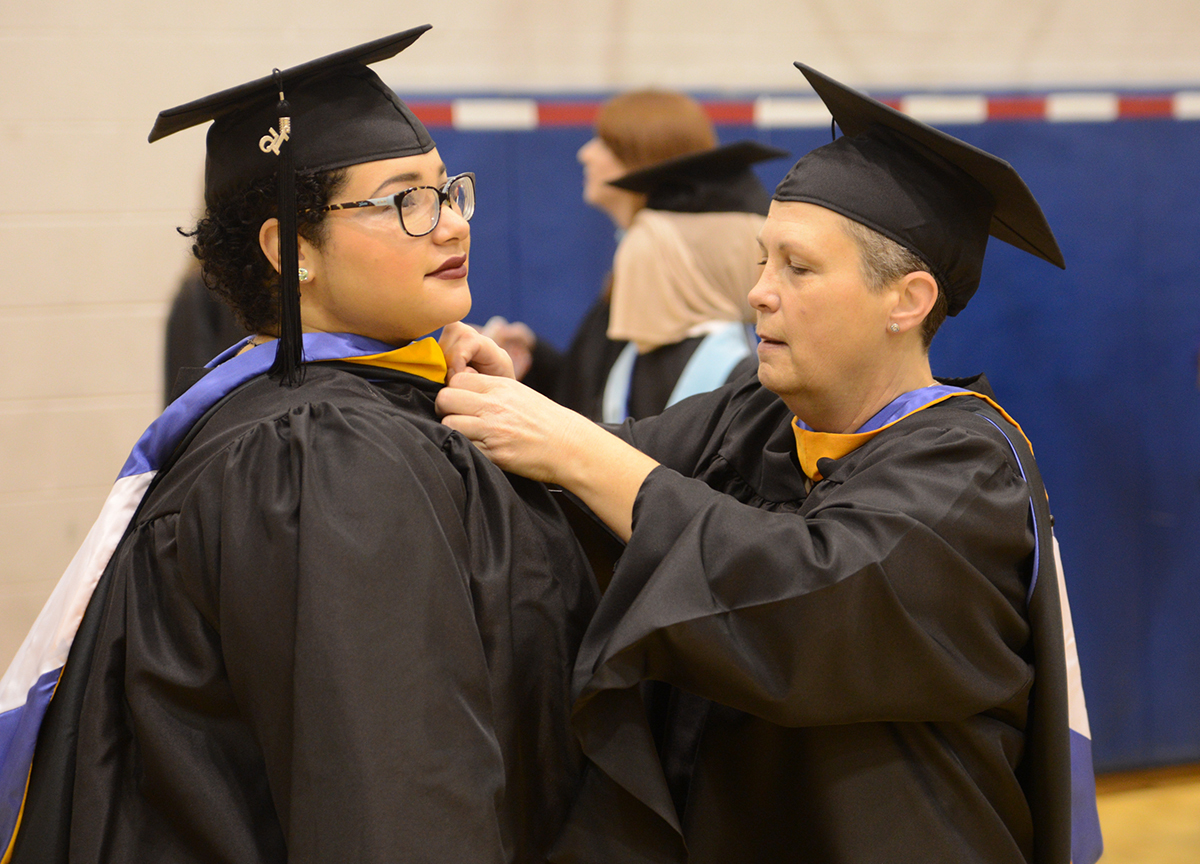 Starting with the May commencement ceremony, Middle Tennessee State University will begin a new tradition of holding a separate ceremony for grad students in the spring and fall.

The first ceremony for the College of Graduate Studies will be held at 3 p.m. Friday, May 6, in Murphy Center, for those students earning their doctorate, master's and education specialist degrees.

Doctoral students will receive the added recognition of having brief biographies and dissertation abstracts read aloud before receiving their hoods and diplomas.

"We think this separate commencement is a very positive step in that it gives graduate students the recognition they deserve," said Dr. Jackie Eller, interim vice provost for research and dean of the College of Graduate Studies.

The speaker for the graduate ceremony will be a recipient of the Career Achievement Award made each August at the university's Fall Faculty Meeting. Dr. Carroll Van West, director of the MTSU Center for Historic Preservation and Tennessee State Historian, received the award last fall and will give remarks at the inaugural graduate ceremony.

Each doctoral graduate will march into Monte Hale Arena with the faculty member who will present the graduate's new academic hood. Master's and education specialist degree candidates will march in according to their college and degree program.

MTSU's commencement ceremonies for undergraduate students will be held the next day, Saturday, May 7, in the same location, with ceremonies at 9 a.m. and 2 p.m. Speakers will be announced later.

With the total number of MTSU graduates averaging roughly 2,000 for the May and December ceremonies in recent years, each of the morning and afternoon events could each easily last two hours or more. University officials said that holding a separate commencement event for graduate students will shorten ceremonies for all graduates as well as their families and supporters in attendance.

The graduate ceremony will be held in May and December. Summer commencement in August will continue as a single ceremony for all graduates with the addition of readings of brief biographical and abstract information for doctoral candidates. The outgoing president of the Faculty Senate will still give the summer keynote address.