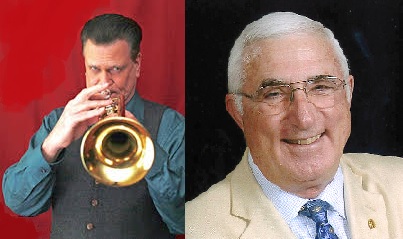 The Tennessee Valley Winds will perform a free concert under the direction of Dr. William F. Malambri at 8:00 o'clock Thursday night, February 8th, in the Wright Music Building at MTSU. This concert is presented as a part of the Wind Band Conference hosted by Middle Tennessee State University.

An Irish Ayre for Winds-Warren Barker

A Tribute to the City of Chicago-arr. Rick DeJonge

Bill Malambri is a native of Fairmont, NC. He earned degrees from the University of North Carolina at Pembroke (B.S.), East Carolina University (M.M.), and the University of South Carolina (D.M.A.), where he was a student of Dr. William J. Moody. Additional conducting study was with Frederick Fennell. He is Professor of Music and Director of Bands Emeritus at Winthrop University, the institution where he taught from 1978 through 2011. While at Winthrop, Dr. Malambri conducted the Wind Orchestra, taught applied conducting on both the undergraduate and graduate levels, and administered the annual Invitational Band Clinic. During the 2012-2013 academic year, he served as Interim Director of Bands at the University of North Carolina - Charlotte. He is the founding director of the Carolinas Wind Orchestra, a large wind band, and continues to serve a principal emeritus conductor of that ensemble.

The Tennessee Valley Winds is a non-profit, all volunteer, self-supporting community band that has been providing quality musical performances since 1984. The community band experience is unlike school or professional groups. Rarely do amateurs and professionals, young and old, get to work together. The opportunity to learn and grow is unique. The director is more of a guide than an authority figure, and does not assign parts or solos. It is expected that all will help each other by offering suggestions and sharing. Friendships are born of shared work and musical enjoyment.

Roger Ingram is one of the most prolific lead trumpet players and session musicians of our time. He grew up in Los Angeles and was fortunate to study, perform, and record with some of Hollywood's most successful studio musicians. He is known for his dynamic sound, solid upper register, driving sense of swing and versatility, his musical legacy is embodied by his respect and regard for artistic integrity.

In the early 1980s, he was immersed with playing production shows on the world renowned Las Vegas strip working with Johhny Haig's (Haig Eshow) "Relief Band." Beginning in 1992, Roger spent 16 years as a resident of New York City. In addition to recording and performing on a multitude of jazz and commercial recordings, he was also involved with hundreds of live concerts as well as over 20 Broadway productions.

In 1990, Roger joined the newly formed big band of Harry Connick, Jr., recording 19 albums with Connick and working with Harry on a regular basis until 2010. Of the albums recorded with Harry, 3 were nominated for Grammy awards including "Songs I Heard" which won a Grammy award in 2001. In between tours with Harry Connick Jr., Roger also toured in the trumpet section (lead by Walt Johnson) with Frank Sinatra, and juggled his schedule to work simultaneously with Wynton Marsalis and his Lincoln Center Jazz Orchestra. Ingram appears on seven albums with Marsalis, including the 1997 Pulitzer-Prize winning "Blood on the Fields."

He left Jazz at Lincoln Center in 1997 to tour and record briefly with the legendary Ray Charles before returning to tour and record with Harry Connick Jr's big band again in 1997. (Harry broke up the big Band in 1993 to start a funk band; he made the decision to re-form his world famous big band a few years later.)

In 2008, Roger penned the trumpet textbook, "Clinical Notes on Trumpet Playing" which has been sold in over 65 countries, and is on the required or recommended reading list for many undergraduate and graduate music programs world-wide. Roger is an XO Brass/Jupiter Performing Artist and Clinician. In 2009, with the XO Brass design team, Roger was instrumental in the design of the XO Brass 1600I professional Bb trumpet.

Greg Lawson has been a music educator for the past 33 years. He holds degrees from MTSU and the Cincinnati Conservatory of Music. After receiving his Master of Music degree, he began his teaching career at Franklin Road Academy in Nashville, TN, teaching 5th-12th grade instrumental music. In 1988, Mr. Lawson started the band program at the newly opened La Vergne High School in La Vergne, TN, where he remained for 13 years. Over the next five years he taught at McGavock High School in Nashville and Oakland High School in Murfreesboro. He is currently a band director in the Murfreesboro City School System. In 2003 Mr. Lawson was selected as the "School Band and Orchestra" Tennessee Honoree as one of "50 Directors who make a difference". He was inducted into the MTSU Band of Blue Hall of Fame in 1996. Mr. Lawson holds membership in Music Educators National Conference, Tennessee Band Master Association, Middle Tennessee State Band and Orchestra Association, International Clarinet Society, Local 257 of the Association of Federal Musicians Phi Mu Alpha, twice elected Who's Who of American Teachers, and an elected member of Phi Beta Mu.

For more information about the Wind Band Conference, including a complete schedule of all events for the weekend, please visit: http://www.mtsu.edu/wbc/