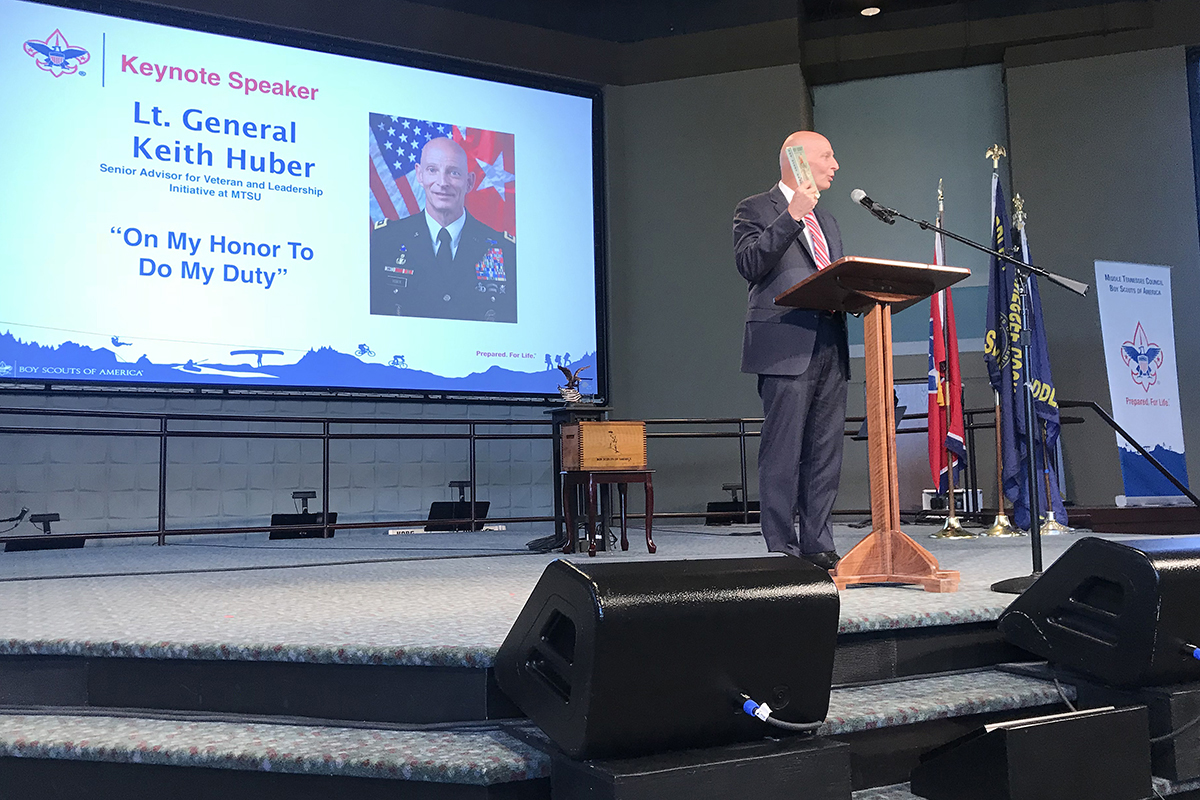 The Lt. General, who is an Eagle Scout himself, noted...

This year's annual event honored fellow Army veteran and Troop 398 Scoutmaster Mike Warren, who was recognized for his "life-changing impact on the lives of over 500 young men" during his three decades as a leader, including 92 who rose to Eagle Scout, the organization's highest rank.

Huber showed the audience his merit badge sash and Boy Scout Handbook, keepsakes from his days as a Scout that he said had a "significant and profound" impact on his life. "I used the fieldcraft in this book to help me go through the qualification course to become a Green Beret," said Huber, who at his retirement was the Army's longest-serving Special Forces soldier in the service.

Watch a clip on video below: