Murfreesboro and Smyrna restaurants told to make patrons leave due to a gas leak - Call costs restaurants over $2,000 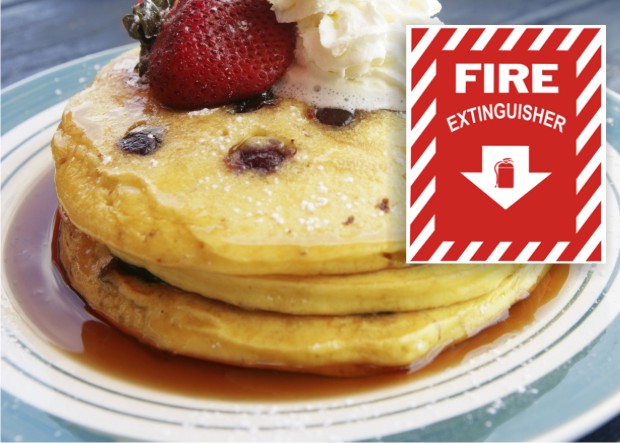 Vandalism that started with a prank phone call has left a local restaurant with a big bill and waitresses without tips.

The iHop on Old Fort Parkway in Murfreesboro received a phone call from a man who told an employee of the eatery that the establishment had to be evacuated due to a gas leak. The caller, who identified himself as Steven, told the worker to grab the fire extinguisher and spray down the tables to prevent an explosion. So, after the patrons were told to leave the restaurant due to a gas leak, a worker of iHop sprayed down the tables with the fire extinguisher. The incident unfolded around 1:00 on Monday afternoon.

Over $2,000 in food was contaminated from the fire extinguisher foam and bills for unfinished meals were unpaid by the customers because they were told to leave. Of course, that also meant that multiple waiters and waitresses depending on tips to pay bills went without - all because of a prank phone call.

A similar phone call was also made to the iHop in Smyrna. There, the victim said the caller sounded like a white male in his twenties. They also reported that he had a country sounding accent.

WGNS called the phone number that was used by the prank caller, but the number was disconnected. The call came from a phone with a 214 area code which is in the Dallas, Texas area.