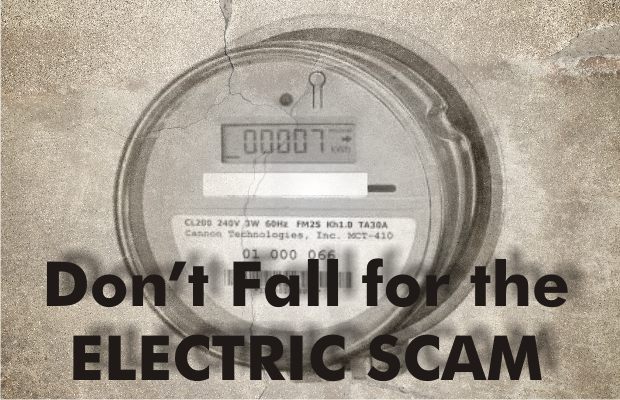 A Murfreesboro business owner received a phone call from three individuals claiming to be with Murfreesboro Electric. The trio told the woman on three occasions that her electric bill was past due by $1,100. They went on to tell her that if she failed to pay it, her electricity in her business would be cut off that day (Monday 5/15/17).

The woman followed the caller's direction and bought three MoneyPak cards and loaded them with nearly $400 each. She then gave the callers the numbers on each card, all over the phone.

Later, the woman felt as if she may have been scammed and phoned the police. Sure enough - she was indeed scammed out of her hard-earned money.

Amy Byers with Murfreesboro Electric explained how the scam works...

Byers said they will never ask or insist a customer pay their bill with a MoneyPak card.

No arrest has been made in this most recent electric bill scam.

Middle Tennessee Electric Membership Corporation employees will never ask for a member's personal account or payment information unless the member initiates the call. MTEMC will never show up at your home or business to collect payment.