Murfreesboro couple pays construction project that has yet to get underway 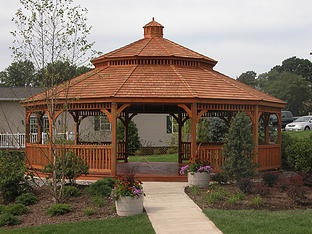 Note: This is not the actual gazebo that was expected to be built

A Regal Drive couple has contacted the Murfreesboro Police Department after paying for a new gazebo that was never built.

According to the police report, the couple wrote a check for $4,000 this past August to a contractor by the name of Michael Hawkins. The check was cashed, but the work was never completed. The couple told authorities that the check covered the cost of materials and once the gazebo was constructed, they were going to pay a remaining balance of $4,000 (total $8,000 for the 16'X26' gazebo).

The case is under investigation and has been labeled as a fraud.