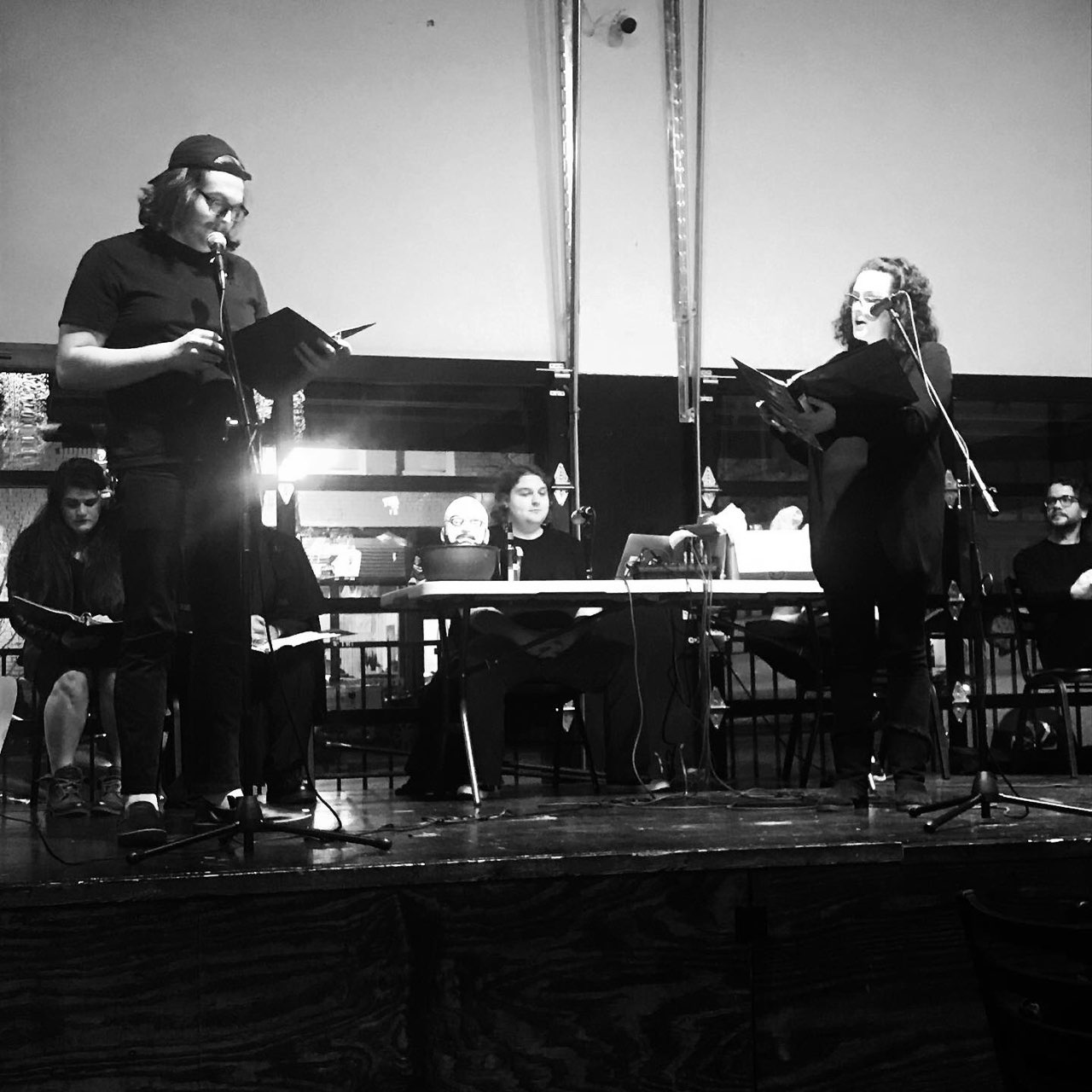 Needless to say, COVID-19 has put a lot of things on hold, especially for live entertainers and artists.

For "Count Drahoon's Feature of Fright", a Murfreesboro based horror comedy podcast, the pandemic has forced the group to improvise and adjust to the new normal. "We had three live shows booked a week apart from each other", says Taylor Gentry, show creator and director.

"It was like a weird domino effect. One minute, we were rehearsing for the show, and someone asked me what we were going to do about CoronaVirus. I honestly didn't think much about it. At the time, there were only a few cases nationwide, and it didn't really seem like it would be much of an issue. Before I knew it, I was on the phone with the venue we were supposed to perform at in Nashville, and we had to postpone that show. After that, we had a venue in Murfreesboro we booked for the following week, and they went out of business. Then, the other venue we had in Nashville told us they were shutting down through April. It all happened in a matter of days."

However, though the Merry Mob of Mayhem is unable to perform in large gatherings, it hasn't stopped them from looking towards other avenues. On April 17th at 7pm central standard time, they will be streaming their "Celtic Terror Live Show" via the podcast's Youtube Channel.

"We are broadcasting remotely", added Gentry. "Everyone will call in from Zoom, and we will be able to stream it through Youtube that way." Each actor will be making the sound effects in addition to doing their usual voice work in this radio theatre production. Since the show was to be performed in March, the show is dedicated to authors from the British Isles, featuring adaptations of Robert Louis Stevenson's "The Body Snatcher" and Bram Stoker's "The Judge's House".

In addition to the virtual entertainment, "Count Drahoon's Feature of Fright" is setting up a donation option via the virtual ticketing company GoPassage. The donations will be set up for Hands On Nashville, a non-profit that is still involved in the relief efforts for Tennesseans still dealing with the aftermath of the March Tornadoes.

"I know everyone is focused on COVID-19 relief, and that's important, but there is still a lot of work that needs to be done for Tornado relief, and these folks need to know that they have not been forgotten", added Gentry. In order to ensure a wide audience, several public figures have volunteered to share the feed on their social media platforms.