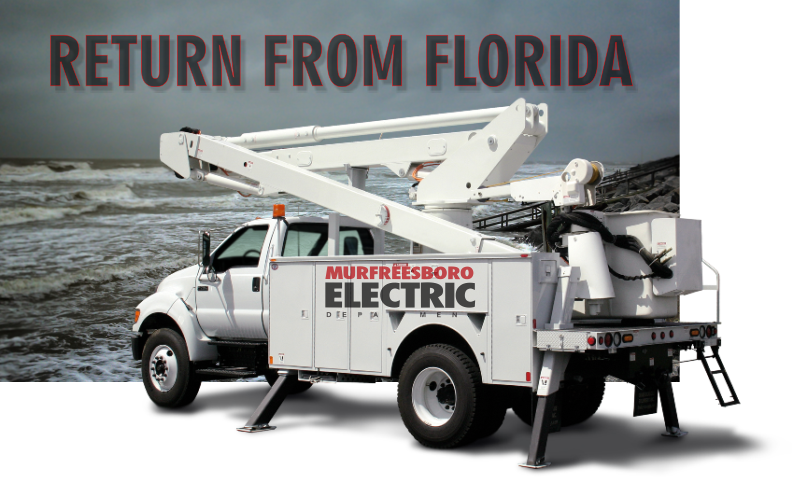 The Good Friday Tornadoes of 2009 ripped through Murfreesboro leaving devastation throughout the community. In '09, an additional 25 electric department crews helped Murfreesboro Electric rebuild to get the power back on.

You may recall the Good Friday tornadoes and the damage they caused. A total of 42 homes were destroyed and another 80 had heavy damage as a result of the tornadoes. Of course, those number do not include all of the homes that suffered from minor damage due to the storms and flying debris.

As for the Murfreesboro Electric Department in Florida, they plan to return later this week (Possible return dates 9/20 - 9/22/2017).