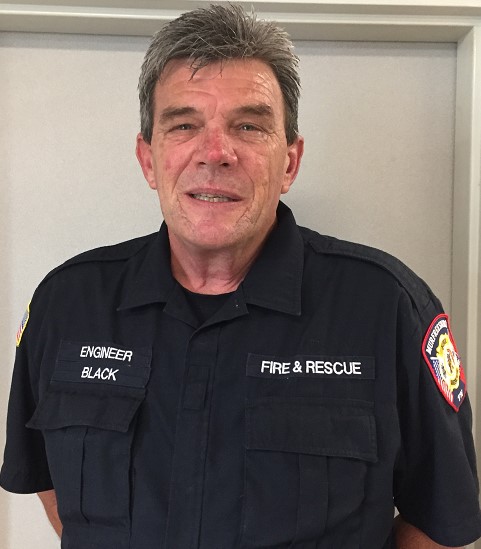 Black began his career as a Firefighter in March of 1984. "I knew what I wanted to be since I was 12-years old and I have achieved that part of my life!", said Jack. Firefighter Black was promoted to Driver/Engineer in 1990 and spent many years at Station 4 on Jones Blvd. and Station 7 on Thompson before his retirement from Station 5 on Florence Road. Black has seen a lot of changes over the years, especially with the medical response. He states that this department has a great Chief who is progressive, describing Chief Mark Foulks.

He remembers one of the worst calls he ever responded to as being a fire on Van Cleave Drive. He said the temperatures were so cold that ice formed on their gear! This fire is remembered by many of the personnel.

While Black intends to spend as much time as he can with his family, he admits he will miss his "family away from family", speaking of the firefighters he works with. When asked what he sees in store for retirement, he, his wife and daughters are going on vacation.

As he reflects on the years, Black sums them all up in one small statement, "I loved it, it was the most rewarding job I could imagine having!"