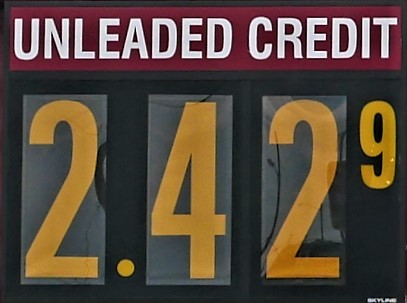 (Murfreesboro) Murfreesboro again came in with the lowest gas prices in Tennessee with regular gas at $2.42 at some discounters. That's a dime lower than the second cheapest price (Clevelenad).

The average price for gasoline in Tennessee is averaging $2.61 per gallon. Sunday's state average a half cent less than a month ago, yet 56 cents more than this time last year.

The national average declined 4 cents during the past week. Sunday's average of $2.84 per gallon is 2 cents less than a month ago, yet remains 56 cents more than last year.

CURRENT AND PAST PRICE AVERAGES