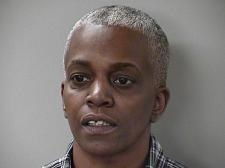 A 57 year old woman who admitted to being unemployed was arrested in Murfreesboro for her alleged illegal drug sales.

Murfreesboro Police performed what is called a "Knock and Talk" at Student Quarters Apartments located on South Rutherford Blvd. this past week. When they arrived at the apartment in question, officers noted that the smell of marijuana was coming from the apartment they ventured to.

Once allowed to enter the apartment, two handguns and about 9 ounces of marijuana were recovered. Apartment resident Linda Jean Owens told police that the guns were for her protection. Police then found over $1,000 in cash and then questioned Owens about her employment. She then admitted to being unemployed.

As the questions continued, officers could not help but to notice that one of her four phones continued to receive text messages. When the woman asked to use the restroom, she took the phone with her. When she got out of the bathroom, all text messages were gone. Evidently, police believe she deleted the messages that were thought to be drug transaction related.

Owens was arrested and charged with manufacturing or selling marijuana, possession of a handgun in the commission of a felony for alleged drug sales and possession of drug paraphernalia.

What is a "Knock and Talk?"

A "Knock and Talk" is used when a police officer has the suspicion that illegal activity has taken place at the home or structure in question or is taking place.