Murfreesboro, LaVergne, Smyrna, Mt. Juliet - Have you had any MISSING Packages? 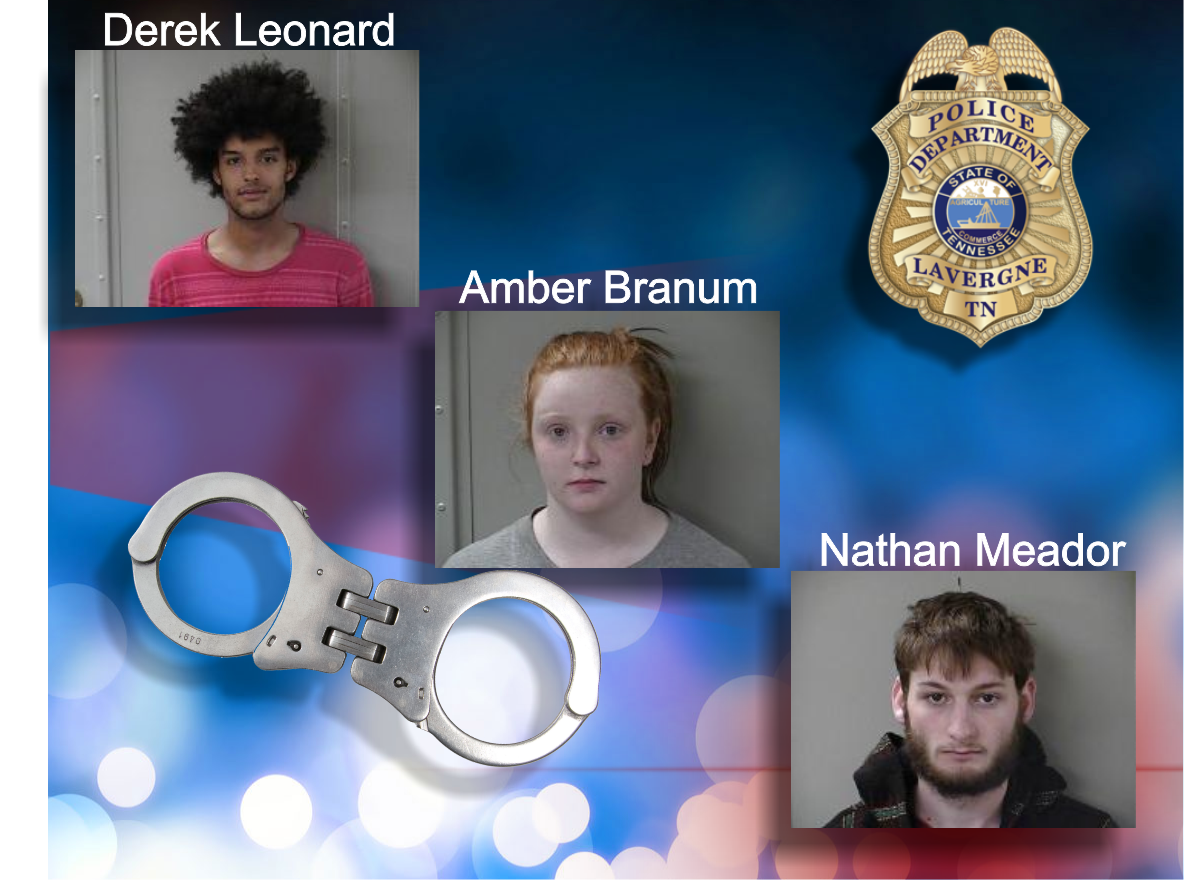 Two men and one woman were arrested this past weekend after an alert citizen observed 2 suspects steal a package off a neighbor's front porch. LaVergne Police located the suspect vehicle at a local boat ramp and two individuals ran into the woods when they saw officers, according to authorities. The duo were caught and identified with a third that was apprehended later.

The investigation revealed numerous packages inside the vehicle the first two subjects were seen operating. La Vergne Police say that opened and unopened packages were in the vehicle. Some of the packages were still bearing the victim's names and addresses. The suspects are accused of stealing delivered packages of off front porches of residences since the first week of December.

Officers and Detectives from LaVergne Police went to an address in Murfreesboro with the assistance of the Rutherford County Sheriff's Office to continue the investigation. During a search of the residence, additional property believed to be stolen in the same manner was recovered. Drug paraphernalia was also discovered inside the residence.

During the search of the residence, a third person was identified and connected to the thefts.

At this point, LaVergne Police have identified at least 7 different locations that the thefts occurred, to include LaVergne, Murfreesboro and Mt. Juliet. 6 victims have been identified and notified of the thefts. Police still have recovered property that has not been linked to a victim at this point.

LaVergne Police ask that anyone who has missing packages that were supposed to have been delivered, to contact their local jurisdiction and report the incident especially in Rutherford and Wilson Counties.

All 3 suspects were booked into the Rutherford County jail with the following charges: