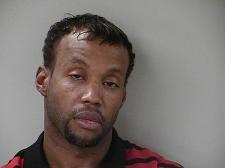 A 35 year old Riviera Drive man in Murfreesboro allegedly threatened to dismember a 34 year old woman during a domestic violence situation. The incident allegedly occurred this past month, but police have just now released the details of the event.

Police say that Quincy R. Tisdale who goes by the nickname of "Q," beat the female and later threatened her with death and dismemberment while reportedly using a meat cleaver.

Witnesses were able to confirm the reported attack. Officers then located the meat cleaver, which was seized as evidence against Tisdale.

Tisdale was arrested and taken to the Rutherford County Jail. He is due in court this January.