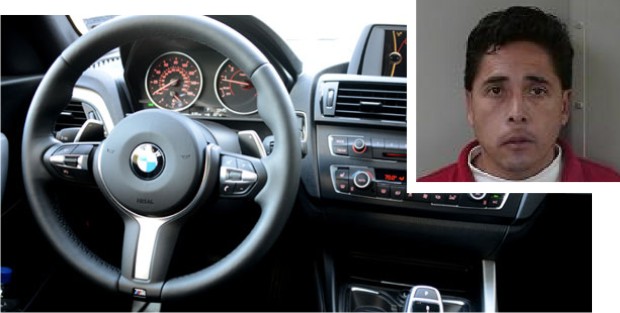 A 46-year old Murfreesboro man has been charged with his third DUI. Ruben Reyes Rodriguez was pulled over shortly after police received a phone call in regards to an intoxicated driver.

Rodriguez was said to be doing 28 miles per hour in a 40 mile per hour zone. Police observed the BMW he was driving weave in its lane of travel approximately six times before making the stop. The report also stated that Rodriguez almost struck two different vehicles while driving.

Once stopped, the Rochester Drive man failed a field sobriety test. A license check then revealed that he had two prior DUI convictions in 2010 and 2011. Courts also ordered him to have an ignition interlocking device that would have required him to pass an alcohol test prior to putting his car in gear, however he did not have the device on his Beamer.

Rodriguez was charged with DUI number 3 and also faces a charge for failing to have the court ordered ignition interlocking device on his car.