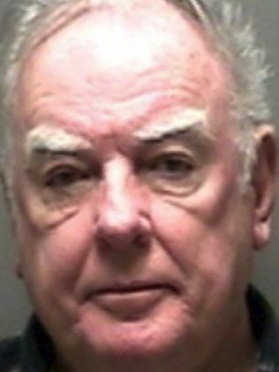 We have more news on an 80 year old man originally charged with the sexual battery of a little girl who was under the age of 6 when the crime unfolded.

Convict Ellis Hardin appealed the case in 2015 and on January 12, 2016, the courts responded with an overwhelming NO to post conviction relief. Hardin claimed that he received ineffective counsel, but the courts did not see it that way.

Hardin was charged with the Aggravated Sexual Battery of the little girl by the La Vergne Police Department in 2013 and was convicted and sentenced in a Rutherford County Courtroom in 2014. Hardin was sentenced to serve 15-years in prison.

Hardin will be 93 years old when his prison sentence ends in 2028. However, he will be eligible for parole in 2023. He is currently caged at the West Tennessee State Penitentiary in Henning, Tennessee.

"This is one of the worst possible crimes that can be committed," said Sgt. John Eubank of the Criminal Investigation Division of the La Vergne Police Department. "Although every child who has been molested reacts differently, parents and guardians should be aware of any behavioral changes in the child. Talk to your children and listen to them. Then if you suspect your child has been a victim of child sex abuse, contact the proper police authority in your jurisdiction."