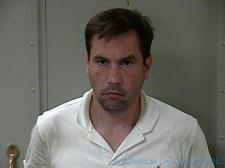 39 Year old Robert Liles has been arrested for the fourth time on a DUI charge. Reports indicate this is his third DUI charge in Rutherford County alone.

Liles was most recently arrested on Tuesday night around 11:30 in the Murfreesboro area. He was booked at the Rutherford County Adult Detention Center and later released on Wednesday morning at 9:30.

Liles has a long criminal history of drug and alcohol related arrests. He has also been charged multiple times for driving on a suspended license in Tennessee.

In 2011, Liles was charged with "Felony Evading Arrest," but as evident in his most recent arrest, is still driving.

Liles will appear in a Rutherford County Courtroom in the near future.