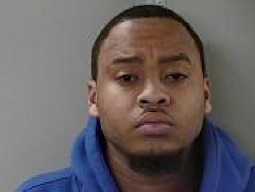 A 28 year old Murfreesboro man who has been convicted twice of DUI was pulled over for not having any taillights. Christopher Howard told police that he did not have a license because it was suspended.

Officers reported that Howard had an odor of an intoxicant and blood shot eyes when questioned. It was also reported that he failed a field sobriety test.

The Murfreesboro man was also charged with Driving on a Revoked License for the second time and served two warrants for violating his probation.