Murfreesboro man shot in the back, Reported drug dealer arrested 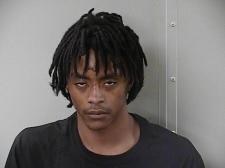 A December 1st shooting in Murfreesboro has landed one man behind bars.

19 Year old Ian Deans, who has the nickname of "Cush," has been charged with attempted first degree murder for one case and aggravated assault in a second case. The suspect was allegedly involved in two shootings.

FIRST CASE, SHOT IN BACK:

In the first incident that was reported on December 1, 2016, a 25 year old victim was shot in the back.

The victim told officers that he was smoking an electronic cigarette while on his front porch on Hanover Drive when he was approached by a man believed to be Deans. The suspect reportedly demanded the victim hand over his money, but instead of giving the culprit his cash, he ran. That was when the suspect allegedly shot the victim twice in the back. The victim was transported to St. Thomas Rutherford Hospital with serious, but non-life threatening injuries.

The reported victim in the second incident positively identified Deans as the man who had the gun.

The 40 year old victim told police when Deans arrived at the Regal Inn on South Church Street to conduct a drug deal, he noticed there was a handgun in his lap. The victim stated that he began to struggle with the suspect over the gun, to which the handgun discharged when it hit the ground. The suspect known as Deans then fled the scene.

Authorities located Deans by "pinging" his cellphone and then tracking him down where he was found to be in the Econo Lodge on North Thompson Lane in Murfreesboro.