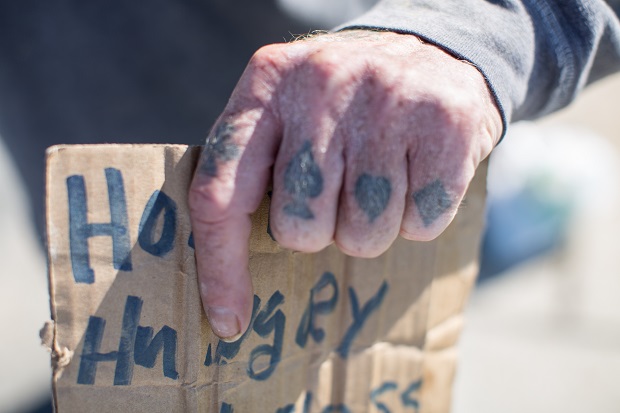 Murfreesboro Mayor Shane McFarland has a simple message for residents and visitors of Murfreesboro: "It's OK to be friendly but do not feel pressured to give money to panhandlers." And the Mayor also offers a simple word of advice to anyone who may feel threatened: "Call Police."

"Panhandling is a growing problem in Murfreesboro simply because we are a growing, vibrant community," said Mayor Shane McFarland. "However, there is no reason why anyone should find themselves begging for money on a street corner when there are ample homeless services available for those in need."

The Homeless Alliance of Rutherford County (HARC) was created to bring together representatives from the public and private sectors to share resources to prevent, help, and end homelessness in our community. For a full list of the local services, including the Emergency Shelter--Room in the Inn, The Way of Hope, The Journey Home, and Greenhouse Ministers, visit the City of Murfreesboro Community Development webpage for the Homeless Alliance Services Directory http://www.murfreesborotn.gov/DocumentCenter/View/2636

Panhandlers should be advised that if you intend to ask for money (or other help) within the City of Murfreesboro, you should know:

The City of Murfreesboro has ordinances which prohibit obstruction of vehicular traffic and which prohibit entering into a roadway for solicitation and other communicative processes. City Police are authorized to issue citations to persons who violate the prohibition against entering a road while panhandling.
Some panhandlers are more aggressive and cause people to feel less safe, including the recent use of a tool as a substitute for entering the roadway.

On Sept. 29, 2015, The City Council approved Ordinance 15-0-60 amending City Code to prohibit the use of devices which poses a risk to occupants of vehicles and property damage. The ordinance affirms the right of all persons to use the City's public sidewalks in accordance with the First Amendment and protected speech.

The Murfreesboro/Rutherford County Homeless Task Force, now known as the Homeless Alliance of Rutherford County, was established in 1999 to address the problems associated with homelessness. The alliance task force is headed up by Scott Foster, who is the executive director of The Journey Home--a Christian Community Outreach center for the homeless and at-risk residents of Rutherford County. Foster can be reached at 615-809-2643 or ascottfoster@comcast.net

To view a YouTube video of the Homeless Task Force, visit https://youtu.be/FkcbSFHK2Hs.

The Homeless Alliance of Rutherford County is an association of service providers of health, housing, social services and education. HARC works to come up with the best possible alternatives for the low-income community in Murfreesboro.