Murfreesboro Parks and Recreation Director to Retire Next Month 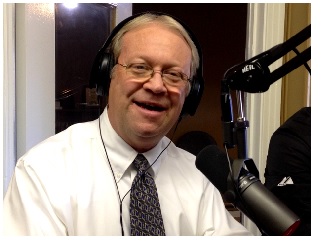 Lanny Goodwin has spent over 40 years dedicating his life to the parks in Murfreesboro and beyond when you look at his past service prior to Murfreesboro.

Murfreesboro Parks and Recreation Director Lanny Goodwin will retire. The longtime director will serve his last day with the parks on August 12, 2016.

Goodwin was named the assistant director of the parks in 1988. Shortly after taking the position, he became a regular guest on the WGNS airwaves...

Goodwin was named as the Murfreesboro Parks Director in 2008. Over those years, he has worked with four mayors and three city managers beginning with Mayor Joe B. Jackson and City Manager Clyde Fite.

Goodwin announced the decision to his staff on Tuesday (7/12/2016) after submitting his intention to retire in a letter to City Manager Rob Lyons.

Mayor Shane McFarland said, "We appreciate Mr. Goodwin's lengthy contribution to the City of Murfreesboro and deeply value his effective management and leadership over the years. One of the notable features of our attractive community is its Parks and Greenway system which is a credit to Lanny's passion for Murfreesboro and his dedicated service to our community."

Goodwin began his career in the Parks and Recreation field in January, 1975.

In his letter to the city manager, Goodwin said, "I want you to know how much I love Murfreesboro and appreciate the opportunity to work in such a great City. I have nothing but respect for all of our employees that serve our city faithfully every day. The experience is one that I will always remember."

Lyons noted, "Mr. Goodwin has tirelessly served the City for many years. Without his administrative skills, passion for recreation, and steadfast dedication to the city, Murfreesboro's Parks and greenway system would not be what it is today."

The Murfreesboro Parks & Recreation Department has long been considered one of the top departments in the state, annually winning awards from the Tennessee Recreation and Parks Association (TRPA). In 2015, Goodwin received the President's Cup in recognition for contributions made to both the State and the National Association for Recreation and Parks. That same year, the Murfreesboro Parks & Recreation Department received a total of 27 awards during the TRPA Conference held in Kingsport, Tennessee.

A list of the some of the events, activities, and initiatives spearheaded by the Parks & Recreation Department under Goodwin's leadership include:

Among his numerous certifications, Goodwin is a graduate of Revenue Sources Management School-North Carolina State University, serving as a board member and chairman on the Board of Regents for the School. He is also a graduate of the National Aquatics School-Oklahoma State University and is a Certified Parks and Recreation Professional through the National Parks and Recreation Association (NPRA) and served as chairman of NRPA's Resources Management School.

Goodwin has received numerous awards through TRPA including the Fellow Award, the highest award given to a professional in the field of parks and recreation. His many years of distinguished service with TRPA, as a board and committee member, includes serving on the steering committee for a statewide comprehensive plan.

Goodwin's community service includes the executive board of Murfreesboro Half Marathon and the Rutherford County Convention and Visitors Bureau for which he chaired from 2012-2013. An original member on the Read to Succeed Board, Goodwin also served as chairman of the Rutherford County Arts and Humanities Board and the Uncle Dave Macon Days Board.

WGNS says thank you Lanny Goodwin for your years of service to the Heart of Tennessee.