Murfreesboro Police Cracking Down on those who fail to BUCKLE UP 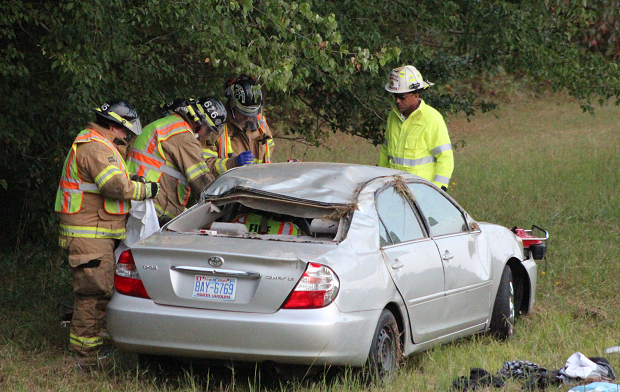 Photo of a recent wreck in Middle Tennessee

MURFREESBORO - The Murfreesboro Police Department is joining over 150 Tennessee police departments and the Governor’s Highway Safety Office in an effort to make Murfreesboro roads safer through a campaign designed to increase seat belt usage. The Seat belts Are For Everyone (SAFE) Campaign is designed to increase seat belt and child safety seat usage.

Sergeant Clayton Williams stated “regular seat belt use is the single most effective way to protect and reduce fatalities and serious injury in motor vehicle crashes.” Sgt. Williams noted that, when worn correctly, seat belts have been proven to reduce the risk of fatal injury to front-seat passenger car occupants by 45 percent, and by 60 percent in pickup trucks, SUVs and minivans. “Seat belts are the single most effective piece of safety equipment in a vehicle, yet studies show that nearly one out of five Americans still fails to wear a seat belt when driving or riding in a motor vehicle”
Williams continued. “According to a recent survey, in Murfreesboro we see about 11 percent of drivers not using seatbelts.”

Traffic and Patrol officers will be stepping-up enforcement activities during the 2014 SAFE Campaign in conjunction with Click-It or Ticket. Officers will focus on strictly enforcing seat belt and child restraint laws by issuing citations. The campaign runs now through August.

“Seat belts clearly save lives. Unfortunately, too many people still need a tough reminder, so our officers are going to be out in force day and night buckling down on those who are not buckled up. We are glad to partner with the Governor’s Highway Safety Office by participating in the SAFE Campaign to help make Murfreesboro’s roads safer,” said Chief of Police Glenn Chrisman.